The markers of a good game can be its various elements. For some, it will be an engaging storyline, while others will focus on beautiful visuals or unusual gameplay solutions. There are also players who want to immerse themselves in the game for dozens or even hundreds of hours, exploring the world depicted in it, completing additional tasks and discovering all possible secrets. In today's list, we will deal with games that take more than 100 hours to complete at 100%. So if longer means better for you, be sure to read this article.

In March 2021, we added three games to the list. You will find them on the last three pages.

WHERE DID WE GET THIS DATA?

All time estimates provided by us for completing games described here are from HowLongToBeat. On the aforementioned website, many players can boast how many hours it took them to complete a given game. Options such as completing the sole story or beating a given game at 100% are taken into account. The number of users of the service allows us to believe that this data is mostly valid. Also, our experience additionally verifies which position is really long. It is always important to keep in mind, however, that the time it takes to complete a particular game will vary depending on the player.

We realize that most of the games discussed below could simply be called sandbox RPGs, in which, in addition to following the main storyline, we explore the world, undertake side quests and engage in various activities. However, we tried to choose titles that differed from each other in terms of the atmosphere or gameplay mechanics. If you know games that fit this set, don't forget to mention them in the comments. 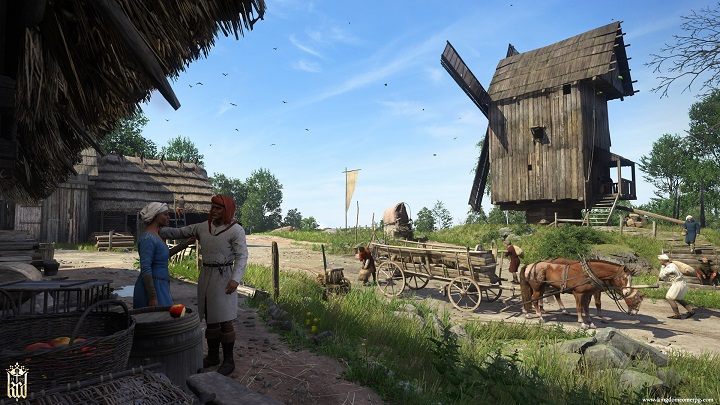 Kingdom Come: Deliverance is a massively expanded first-person action role-playing game set in Medieval Europe (AD 1403). The player assumes the role of Henry, the son of a blacksmith who, after a brutal attack on his home village, seeks revenge on the attackers. Thus, he becomes embroiled in state politics and intrigues, which presents him with a much more difficult challenge. This game is notable for its fidelity to historical realities and high difficulty level, which consists of challenging combat and limited ability to save the game.

As befits a typical sandbox RPG, Kingdom Come: Deliverance features numerous activities to indulge in while exploring the open world. In addition to the main plot, there are various side quests that can often be completed in several ways. This is followed by the classic development of statistics and skills (this system resembles the solution known in The Elder Scrolls series) and alchemy. In Kingdom Come, you will also play dice. It is also important not to forget about fighting the opponents, which provides a lot of fun thanks to the unique combat system.

There is a large list of additional activities for fans of unlocking all available achievements. There's even an achievement for getting addicted to alcohol. In addition, world in Kingdom Come is filled with hidden treasures.

Kingdom Come: Deliverance was well received by both critics and gamers. On Metacritic, the average user rating is currently 8 points (out of 10 possible). Not long ago, the creators reported that the basic version of the game had been sold in three million copies. This is undoubtedly a good sign, demonstrating the high quality of this production. Critics praised the openness of the world and the story. The biggest complaints have been about optimization and bugs, which have been mostly resolved since the launch. 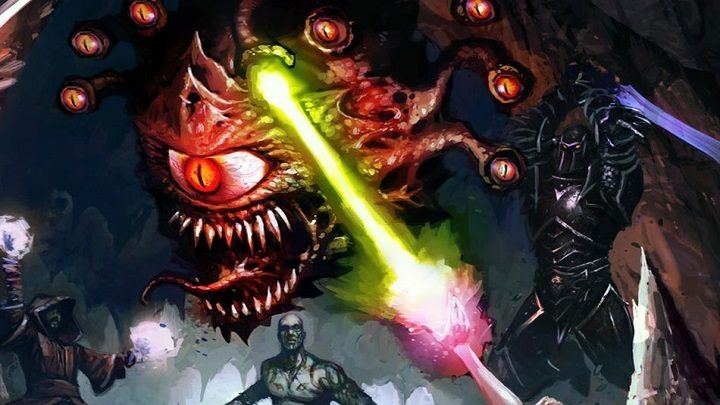 A refreshed edition of the ironic RPG.

Baldur's Gate II: Enhanced Edition is a refreshed version of the classic isometric RPG based on the paper edition of Dungeons and Dragons. This production was enhanced with the Throne of Bhaal expansion and brand new content. The events depicted in the game are a direct continuation of the first installment. The player assumes the role of protagonist who, after a clash with Sarevok (the antagonist from the previous part), is kidnapped by Irenicus the wizard. This is the beginning of an amazing adventure in the land of Amn.

Baldur's Gate II: Enhanced Edition is a classic role-playing game whose greatest advantage is a huge world filled to the brim with various tasks that can be accomplished in many different ways. In addition to developing the main plot, we undertake side missions and meet interesting characters, some of whom may join our team. We fight our opponents, and the course of the battles depends on the skillful use of active pause and the abilities of our heroes. All this is accompanied by a classic character development known from games like that.

The return of the classic RPG has been well received by the gaming community. The refreshed edition of the game introduced changes mainly to the already outdated visuals and interface solutions and added some new content. While there is not much fresh content here and there are a lot of bugs, reminding fans of the original is enough to keep players going back to this age-old classic for years to come. 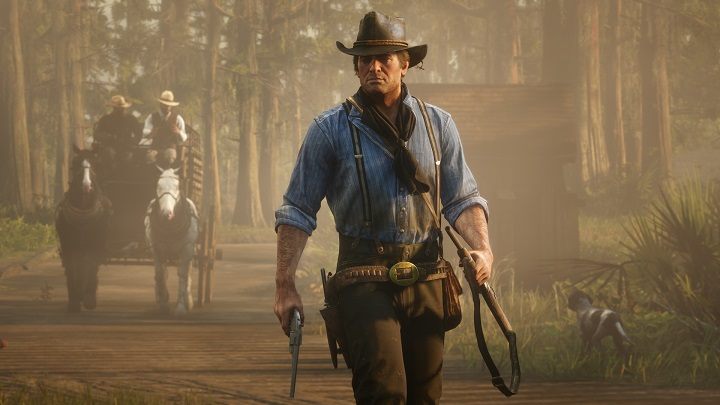 The latest installment of the western series by Rockstar Games.

Red Dead Redemption II is the third installment of Rockstar Games' bestselling Red Dead series, which gained popularity after the premiere of part two in 2010. In RDRII, we get to the time before the events of the previous production and we play as Arthur Morgan – the right-hand man of gang leader Dutch van der Linde. When a raid on the town of Blackwater ends in failure, the bandits are forced to flee and fight for survival. Meanwhile, our hero has to make tough decisions, choosing between his own ideals and good relationships with gang members.

In Red Dead Redemption II, a vast, diverse and, above all, vibrant world is given to the player. From the bandit camp, which is our "base of operations", we can go anywhere (both on foot and on horseback), exploring various locations, where there are a lot of activities waiting for us.

As befits a standard sandbox game, we can do side missions apart from the main ones, but this is of course just the beginning. Additional activities include hunting and fishing, searching for hidden treasures, and robberies. Fans of finding various collectibles will also have a lot of work to do here – they can look for dream catchers, petroglyphs, or even dinosaur bones. All of this is, of course, a simplification. Many side activities are most fun when you discover them on your own.

Red Dead Redemption II can be confidently called one of the best games of the current generation. Critics gave the production the highest possible score, and the players mostly seem to be delighted with it. The high quality of this game is the result of many years of experience of developers from Rockstar Games in creating powerful sandbox games. The players received everything that could be expected from a game of this type. It's a great story, great characters, beautiful locations, and lots of activities available in a huge open world. Nothing else to do but play.