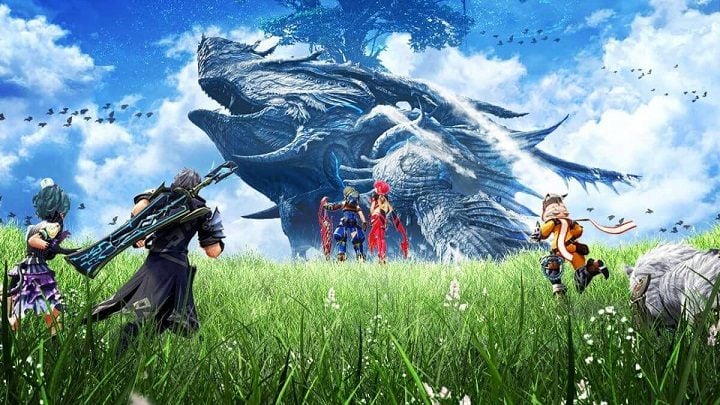 Another jRPG, which takes many hours to pass.

In Xenoblade Chronicles 2, players are taken to a world called Alrest, which is a land of Titans  giant beings carrying entire settlements built on their backs. The centre of Alrest is the so-called World Tree, and on top of it is said to be a legendary Paradise, which various factions of the inhabitants seek to reach. The player assumes the role of Rex and is asked for help. The protagonist joins the struggle, thus becoming entangled in a much larger plot.

Completing the main story alone can take up to 65 hours. In the meantime, we have the opportunity to do a lot of side tasks, fight a lot of opponents, and give ourselves a chance to grind our character skills. In Alrest, there are also plenty of secrets waiting for players to be discovered. What's more, in combat players can use the help of companions. Unlocking their various "versions" requires appropriate and planned actions.

Xenoblade Chronicles 2 is only available on Nintendo Switch, so really not many people have had the opportunity to play it. Still, we first recommend playing the latest Zelda on this device. However, XC2 is still a must-have item for fans of the jRPG genre, which primarily delights in the complexity of the world and the addictive combat system. 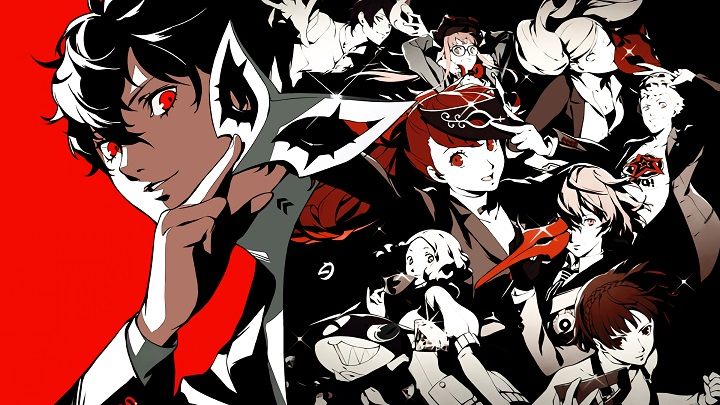 Persona 5 Royal tells the story of a high school student who is wrongly accused of assault and battery. The family then sends him to Tokyo, where the boy can avoid further trouble.

There, the hero quickly becomes an outcast and finds friends, with whom he discovers that with a certain app they can transfer to the meta-world and gain the power to summon the so-called. personas. Forming the "team of hearts", they decide to fight adult depravity with their help. Although it is a fantasy game, it tells the story about the real problems.

Gameplay in Persona 5: Royal takes place on two levels  adventure and exploration. In the former, we function as an ordinary student and have to care about things like good grades, relationships with others, and after-hours earnings. We can also go to different locations where attractions such as cinemas, shops, and game showrooms await us.

In the second "mode" we move to other dimensions, from where we try to steal various treasures. There, too, we fight opponents who try to thwart our plans. In the meantime, we unlock new companions and personas. The entire adventure covers one calendar year (time is determined by the calendar in the game), and takes over 100 hours to complete.

Persona 5 Royal is one of the betst exclusive titles available on the PlayStation 4. Its visuals and gameplay solutions typical for the jRPG genre repel a large portion of gamers, but those who have been persuaded to play it certainly do not regret spending time with it. Persona 5 Royal is particularly impressive by the interesting division of the gameplay into two different variants and the characters. According to the review aggregator website Metacritic, it is one of the best exclusive titles of this generation. 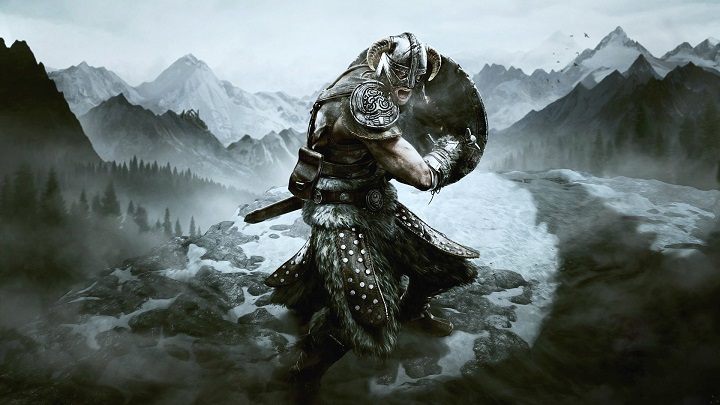 Bethesda has proven that it still knows how to create huge worlds filled with content.

The Elder Scrolls V: Skyrim Special Edition is a remastered version of the fifth installment of the main role-playing game series by Bethesda, which always focused on designing a vast world full of quests and secrets. The Special Edition also includes all the expansions released so far. In the game, players take on the role of Dovahkiin, a being that speaks the language of Dragons, which  it would seem  became extinct years ago. However, it soon turns out that the monsters have returned to Skyrim, heralding the fulfillment of an old prophecy. It is therefore the player's task to stop the impending danger.

I'm sure most players are well aware that the plot in Skyrim plays a secondary role. This huge world, full of various quests (sometimes more interesting than the main story) and locations, can take hundreds of hours. Exploration, discovering secret places, and learning about their history are the elements on which the gameplay in Skyrim is based. We also focus on developing our hero (improving skills requires constantly using them) or looking for a better equipment. Let us also not forget about the modding community, thanks to which there is no lack of fun in Skyrim.

Of course, 2011's Skyrim was well received. The Special Edition appeared shortly afterward, slightly improving the visuals. Here, too, it went without much trouble. Players loved Skyrim for its exploration capabilities and beautiful locations, and not necessarily for the story. It's worth remembering, however, that the poor plot is also an element that repelled many from this production. There are also numerous bugs to mention, but these were more often a cause for laughter than a cause of frustration.

WHAT ABOUT OBLIVION AND MORROWIND?

Let's not forget, of course, the two previous installments of The Elder Scrolls series, which have paved the way for Skyrim and still, many years after their premiere, have plenty of followers. Both games also provide entertainment for many hours.