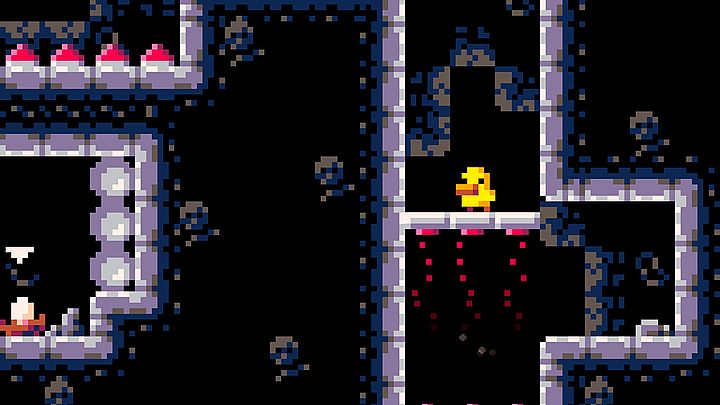 This year, the mobile version of Duck Souls was released. It's easy to ignore this game based on its page on Google Play or the App Store. At first glance, it looks like just another retro platformer, hundreds of which have already been released on smartphones and tablets. First impressions can be deceiving, however, as it's actually the best game of its genre released on iOS and Android in 2021.

The title references Dark Souls and this isn't just some silly pun. Despite its cute, colorful graphics, Duck Souls turns out to be devilishly difficult, but at the same time fair. The authors mischievously called the lowest difficulty level "casual" considering the fact that it's enough to make even platformer veterans see red.

Nevertheless, the extreme difficulty level is definitely to its advantage. The maps are small, so you won't spend ages trying to beat one stage countless times. The obvious path usually leads nowhere and you need to think carefully about how to meet the challenge. What's more, the controls are extremely polished, which minimizes frustration, because only you are to blame for losing.

All in all, it adds up to a game that occasionally makes you want to throw your phone against a wall, but as soon as you overcome this urge, you'll want to retry the challenge one more time.