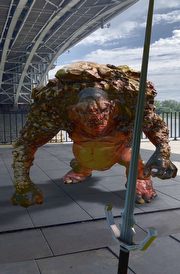 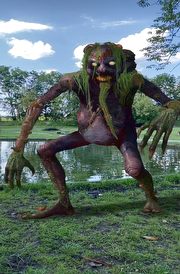 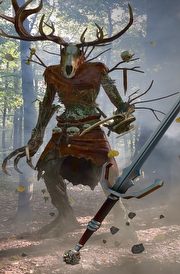 The Witcher: Monster Slayer is an augmented reality RPG game that is set in a fantastic world of books and games that tell the story about the adventures of Geralt of Rivia. The development of the game is the responsibility of the debut Warsaw-based Spokko studio, which was established in 2018. The team is an independently operating part of CD Projekt RED, which focuses on games for mobile devices.

The authors of The Witcher: Monster Slayer have prepared an interesting story, the action of which takes place long before the events presented in Sapkowski's novels and in the Witcher's trilogy by CD Projekt. Players take on the role of the self-created witcher, travelling through the dangerous corners of the world of the series, which has been added to our surrounding area. During their travels, in randomly selected places they meet not only dangerous monsters, but also salesmen and NPCs, thanks to whom they will discover further chapters of the feature campaign.

The Witcher: Monster Slayer makes full use of augmented reality technology. The game is strongly inspired by the Pokemon GO and works in a similar way. However, instead of catching pocket monsters during walks, we hunt for all kinds of fantastic beasts. The fight against three-dimensional enemies takes place in real time from a first person perspective. The key to success is not only strong and fast sword waving. It is also important to train the hero, create useful concoctions and oils, construct bombs and choose the right equipment for the job. We are fighting at least a few dozen different creatures, including those that we have not yet had the opportunity to defeat in other Witcher games.

The Witcher: Monster Slayer offers a three-dimensional graphic design, using some of the models and animations prepared for the Witcher games produced by CD Projekt RED.