Northgard for PC is a real-time strategy taking place in a fantasy universe inspired by Nordic mythology. The game was developed by Shiro Games, an independent studio previously known for Evoland, an original series of action-adventure games.

The plot of the game tells a story about a group of wiking explorers, who after years of tedious journeys discover a mysterious, resource-rich land called Northgard. The most courageous of the sailors quickly decided to explore it, wanting to bring fame and glory to their gods and clans, and become a part of history. However, before they can return to their homes, the group will have to face the numerous dangers awaiting them in the new world.

Northgards gameplay was inspired by classic real-time strategy games series such as Age of Empires, Age of Mythology, or The Settlers. The developers didnt limit themselves to replaying typical genre staples like resource gathering, settlement expansion, and group on group combat. As the action of the game takes place in far north, Shiro Games decided to introduce survival elements: one of our objectives is to care for our clans safety and survival during long and frosty winters. The list of our enemies is also more in a shape of a fantasy game: bloodthirsty wolves, undead warriors, and a wide range of mythical creatures, including mighty giants with whom we can become friendly with, or if this doesnt work out, proceed with the only proper solution  combat.

Northgard is complemented by detailed 3D graphics with a light comic-book design, and employs an isometric camera. Certain design choices and the games light-heartness may evoke the latest installments of The Settlers series.

A real-time strategy will take you into a fantasy universe of Scandinavian mythology and the Viking way of life. Northgard allows the players to lead a group of Vikings, who after years of tedious exploration, have found a mysterious, resource-rich land. 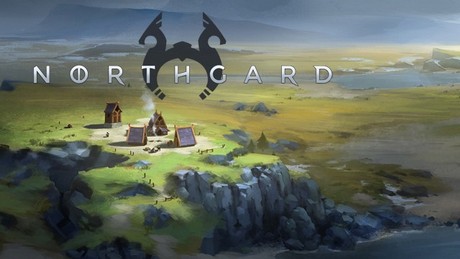 Northgard hands-on  Did The Settlers finally find their heir?

92% of positive reviews on Steam is not a matter of coincidence. Northgard is a successful Early Access that should be a real treat for all fans of economic strategies.

The sale of the new Humble Monthly package has started. For about $12 you can get a set, which will include Northgard, Absolver and Mutant Year Zero: Road to Eden.

Shiro Games has revealed the release date of the console editions of the strategy game Northgard. The devs have also announced a new free expansion, Conquest, which will introduce a procedurally generated campaign.

The team responsible for strategy game Northgard - Shiro Games - reported that its production has already sold 2 million copies. The title made its debut on PCs in March 2018, and several months later it was also released on consoles.