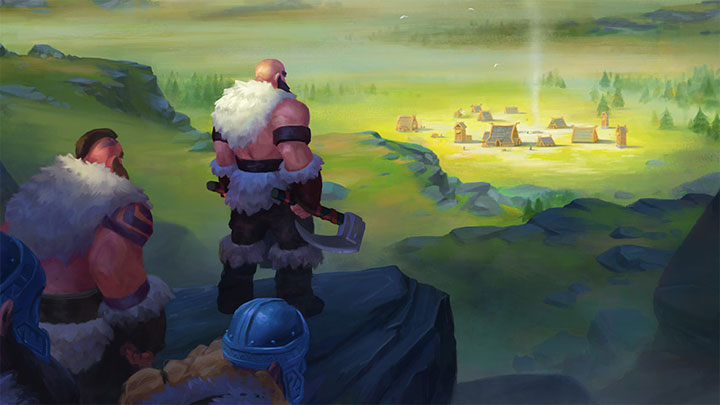 Currently, PC games are frequently ported to mobile devices, but these mainly include adventure games, indie platformers and logic games. RTS ports rarely appear on smartphones and tablets, so we welcome each such project with interest, especially when the port turns out to be as successful as in the case of Northgard.

The game is a real-time strategy that is heavily inspired by the classic Settlers series.The economic aspect is much more developed than in typical RTS games, and there is no need to manually control individual units during combat, which is particularly convenient when using the touch screen. However, it's more than just a simple clone of this series. The developers expanded on the tried and tested mechanics by adding extensive survival elements, which result in an endless struggle to keep your minions alive.

Northgard's mobile version really checks out. The game is beautiful and the touch controls have been well thought out. The lack of multiplayer at launch was a big disadvantage, but it didn't doom the game, as it has an exceptional campaign mode. This no longer poses a problem, however, as multiplayer matches have been patched into the game. To sum up, if you are looking for a modern RTS title, you'll be hard pressed to find a better option for smartphones and tablets.