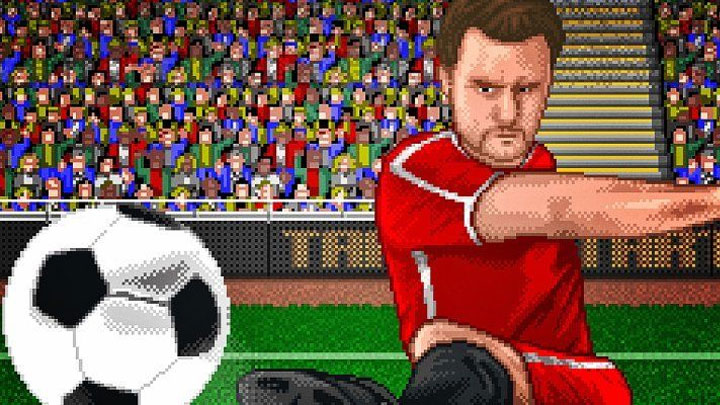 In the early years of the smartphone revolution, titles that were able to squeeze quality entertainment into a few minutes of gameplay were considered good mobile games. Those times are long gone and many people now have no problem spending long hours playing on their phones and tablets. Nevertheless, titles that hold true to these older trends still remain popular today, such as this year's Retro Goal.

The game was created by the developers of the New Star Soccer series. Unlike in that series, we manage the whole team here, not just one player's career. The gameplay revolves around the most essential aspects of the experience. Matches take place automatically and you can only control them directly in key moments. In between matches, you manage the club, take care of your players' morale, expand facilities and deal with finances.

The game has tons of gameplay mechanics, but they are all fairly easy to grasp. However, when they are combined, they result in a game that has enough depth so as to not get boring too quickly. Retro Goal is a title that you can play while queuing at the checkout at the store, but it can just as easily consume your entire evening. Simply put, it's a small, fun and very satisfying production that incorporates some of the best traditional mobile game elements.

Its business model is an additional advantage. There is a free demo that allows you to play 10 matches. The full version is unlocked via a one-time micropayment. You also have the option to purchase additional bonuses, but in fact they are completely unnecessary and spoil the fun more than they help.