NieR Reincarnation - a story that will enchant you 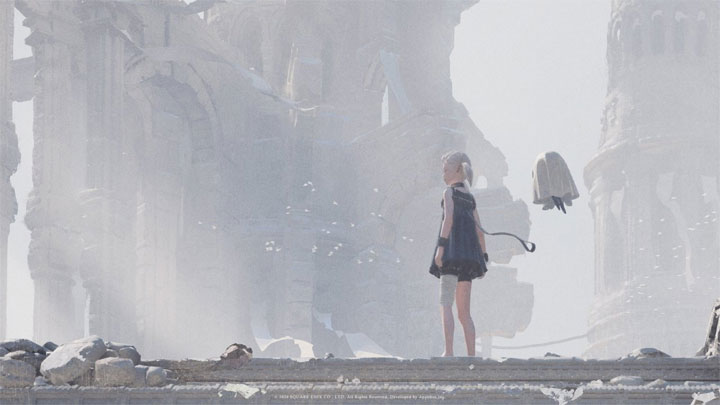 NieR: Automata rather unexpectedly became a huge hit on consoles and PC, so it's no wonder that they decided to quickly develop a version for smartphones and tablets. The result, NieR-a Re[in]carnation, turned out to be one of the most intriguing mobile productions of 2021.

The players assume the role of a girl struck with amnesia, who wakes up in mysterious ruins. The franchise's original creator, Yoko Taro, wrote the script. The plot is excellent and much more elaborate than in most mobile productions. It has been specifically written so that you don't need to be familiar with the rest of the series to enjoy it, while at the same time fans will see many references to the franchise's other installments.

The game is a fairly classic mobile take on the RPG genre in which, along with your team members (other characters quickly join the heroine), you explore the world, develop skills and, above all, fight hordes of enemies. All these elements were developed well, but the game's extensive plot remains its main draw, plus the title is constantly being updated. In terms of the stories it serves up, this is a real feast, especially for fans of the franchise.

NieR Re[in]carnation has one serious drawback - grinding, because unlocking more chapters requires is tied to developing your character. However, this doesn't ruin this game, because the gameplay is still a lot of fun and you can obtain some rather generous rewards for regularly logging in. Just don't expect to beat this title it in one sitting. Instead, it's a game that you will keep on your devices for years.