The recent changes of the PS Plus subscription have sparked a lot of debate as to whether the offer is worth it or not. In fact, the new (three-tier) subscription system introduced by Sony is more expensive than the previous one, but it provides access to many titles that would be much more expensive separately than the subscription. However, it's easy to get lost in the available offer.

RPGs are currently the most popular genre – among others thanks to their diversity. The term is really broad and covers both fast-paced-action-oriented titles, and turn-based games, where the pace is much lower. We dug into the PS Plus Premium offer, focusing on this genre. The list below contains various games, arranged in a completely random order. We chose those RGPs that, in our opinion, stand out from the rest. The rich offer of PS Plus Premium can be overwhelming, making it harder to find the games that we're actually most interested in – a selection of the best games will certainly make it easier. Of course, we didn't list all the available RPGs, because our list would be overwhelming as well. 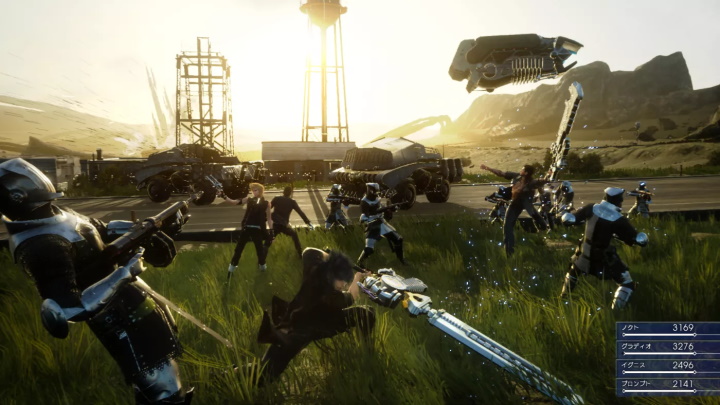 Actually, Final Fantasy as a brand doesn't seem to be a series that needs special introduction – this title has certainly appeared on the radars of most players. After all, this series has been in around for nearly 40 years and includes a slew of full-blown and minor installments.

In Final Fantasy XV, we play a young prince – Noctis Lucis Caelum, whose family has been ruling over a specific city-state of Lucis for generations. Although the place itself isn't famous for its vastness, it has made incredible technological advancements and is the only region that owns a magic crystal. This crystal grants protection and a comfortable life for the inhabitants, and since other local rulers are envious of it, Lucis has been cut off from the outside world for years. Niflheim, one of their most dangerous opponents, decides to launch the invasion. After the destruction of the capital, Noctis and his companions set off on a journey to meet his future wife – Lunafreya.

Why is it worth playing?

First of all, this edition of Final Fantasy departs from the turn-based combat or the duels system – all the mechanics of the game are focused on dynamic action. In addition, the Royal Edition has been enriched with additional content that arrived to the game after its 2016 release – including new maps and bosses, but also exploration options that were previously blocked. Traveling the world also turns out to be quite an interesting element of this game, as the whole team travels in a car that can be controlled manually, but for those who are lazier, there will also be an autopilot option. Nobody will forbid us to go off the beaten path and enjoy a whole host of additional activities and missions. It all adds up to a truly massive production packed with content that both fans of the series and players who encounter it for the first time can enjoy.