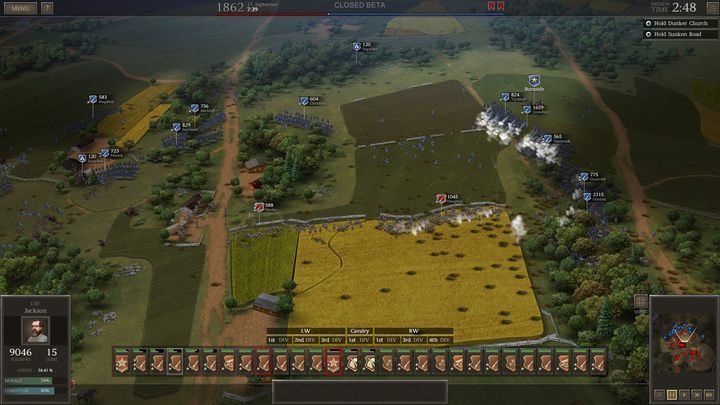 The scope of this game is truly mesmerizing.

Going back a hundred years, we leave the Cold War in the tenth place, and move on to the Civil War in the ninth place. Ultimate General: Civil War  this is perhaps the best game about the American Civil War out there.

You play the role of a field commander, leading both entire armies and particular units. Ultimate General has a strongly tactical nature, and is quite difficult. During the game, it is necessary to pay attention to things such as the shape of the terrain or the morale of our soldiers  if it becomes too low, our entire career might be done for.

The AI in this game deserves its own praise  it really allows this game to stand out from all other strategies. The player is able to automate some of the army's actions, entrusting the control to the virtual executive officers. And they fare really well, which allows us to focus on the grand scheme of the war, watching the successes of our units with true satisfaction. It also allows you to focus on a more strategic view of the battlefield rather than worrying about the tedious micromanagement of individual units.

A high level of difficulty, the need for constant analysis of the situation, and the satisfaction of observing the actions of our AI-powered subordinates give the game by Studio Game-Labs a place in the top ten. 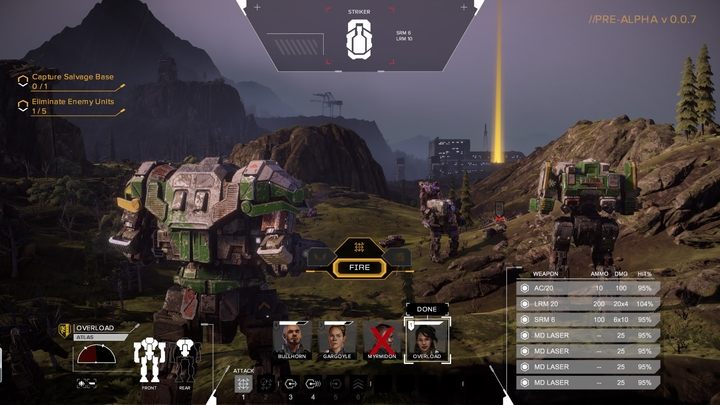 It's a pleasure to look at these.

An old Japanese proverb says there's nothing better than spectacular battles of oversized mechs. Every fan of the BattleTech franchise can attest to that, especially after this year's release of a fantastic game from this series for the PC.

Figurine battle games are practically begging to be brought to computers and consoles  their mechanics work perfectly in a virtual environment (as proven, for example, by Total War: Warhammer). The origins of BattleTech are exactly that. Later on, there were mech simulators from the MechWarrior series, and Harebrained Schemes eventually created a game that's really close to the spirit of the original.

Funded on Kickstarter, the production won the hearts of fans of the brand in no time. BattleTech brilliantly combines pilot and a mech garage management on an "economic" level, with a substantial tactical module.

Another noteworthy series based on the figurine battle games is Dawn of War, based on the world of Warhammer 40K. Although there was not enough room for it in our review, this cycle deserves recognition, especially its first installment. Even though it has its years, it can still provide lots of fun in a really dark universe, far in the future.

The core mechanics of the game are reminiscent of the XCOM series, which, build its entire legacy on this gameplay formula. You can expect constant dilemmas such as choosing between replacing equipment or hiring a new recruit, who will strengthen our unit. On the other hand, you are in for full-on mayhem: walking mountains of metal shooting futuristic weapons, plus a rich tactical dimension. It doesn't get any better.

And if that's not enough, the lengthy and satisfying role-playing campaign set in the universe familiar to the fans, there's also the network module, in which you can engage in multiplayer battles.