The genre of strategy games is part of electronic entertainment's canon, it's been around for decades, and we'll probably never get bored of a proper strategy. Over the years, many of the legendary titles that we remember from childhood have fallen into oblivion in more or less tragic circumstances. Still, the broadly defined genre of strategy games is almost as popular today as 20 years ago. Our editorial team has recently sat down to create a tanking of twenty best strategy games.

Creating this ranking, we wanted to make sure the games are relatively modern; the oldest game on the list is six years old. We might prepare another list, devoted exclusively to classic strategies.

HOW DID WE PREPARE THE RANKING?

We held a vote in the Gamepressure editorial office, where every fan of strategy had a pool of points to award to their favorite games. Later, we calculated the results and included the 20 items with the highest scores.

When, sometime during the 90s, I launched Red Alert for the first time, things were quite clear in the genre. There was an increasingly apparent division into turn-based, and RTS games, with the latter quickly growing in popularity. Things aren't so clear-cut nowadays, as strategies have evolved and are currently extremely diverse. The developers are boldly experimenting with different forms of entertainment, creating hybrids we wouldn't dream of in the 1990s.

In order to fully capture this diversity, we've been very inclusive when it came to what we consider strategy. Hence the overview contains classic RTS games, economic strategy, tactical games, as well as productions that defy an easy categorization. 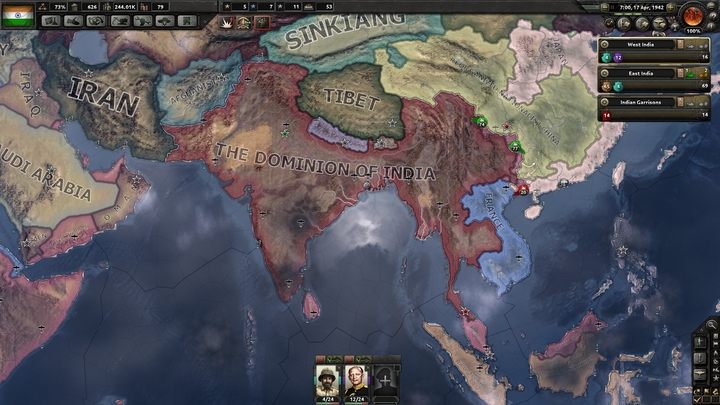 In Hearts of Iron IV, we can literally conquer the whole world.

Let's begin with the game from Swedish Paradox Development Studio. Or rather: the first Paradox' game on this list. The Second World War in Hearts of Iron IV is a complex and unique endeavor, in which we can decide the fate of entire nations during the darkest period of human history. The game also is, like almost any Paradox strategy, a lesson in humility for the homegrown commanders with imperialistic tendencies.

The rather intimidating entry threshold and high level of difficulty do admittedly make it pretty hard to discover the amazing depth that hides underneath. However, once you have learned what all these sliders are for, how to organize production, choose the types of troops, and formulate internal policies, you can literally write history anew. The crucial design decision here was that players' influence isn't limited merely to taking care of military operations. Our responsibilities also include managing the entire country, which includes economy and diplomacy. Victory, rather than on the battlefield, is often achieved in behind-the-scenes negotiations with other leaders.

All this happens in real time, without any division into turns, but the game offers the possibility (or rather  necessitates) of using the active pause. Importantly, the visuals of the game aren't prohibitive, as it often happens in the case of such complex productions. Indeed, the graphics do a great job of emphasizing the scale of the operations.