You can often tell a good game by how it begins. Engaging and atmospheric introductions can be a harbinger of truly great stories and adventures that don't disappoint from start to finish. Many developers have taken to heart the famous quote of Alfred Hitchcock: you start with an earthquake, and then the tension only rises.

Of course, this is not a binary decision – quite a few games can draw you in with a slow, but original and atmospheric beginning. Others turn out great despite a boring and discouraging introduction, as Deathloop recently demonstrated with its constant pausing of the game and walls of text with tutorials to read. This time, we focus exclusively on the very beginnings of games. Introductions that completely enchanted us, absorbed us, sometimes probably causing us to fall asleep at first contact with the game. Here are ten of the best of them!

Of course, our list does not include all the best early games, and, depending on your tastes, you could add many more – from 16-bit classics to the latest hits. We encourage you to name in the comments your favorite game beginnings.

When writing about the opening stages of the games, it's hard not to avoid spoilers from the first moments, and sometimes from the rest of the story. Keep this in mind when reading.

Half-Life – an ordinary day at work 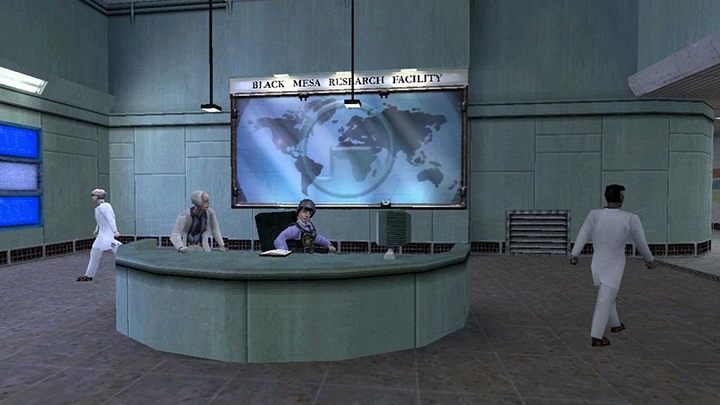 Half-Life started out unusually – with an ordinary day at work.

In an era where games either started with gutting enemies, or walls of text introducing the plot, the developers of Half-Life's first installment did something completely different. They "trapped" the player on a train, slowly gliding through the tunnels of Black Mesa Laboratory, forcing us to watch the world through the windows of the train cars and listen to the soulless voice of the tour guide of the corporation we were visiting.

And right after that, they told us to just go to work – check in with our section of the building, listen to coworkers, walk the hallways where ordinary office life went on. Someone buys candy from a dispenser, someone eats a snack in the cafeteria, people change in the locker room. Everyone is busy with their daily affairs, so our hero, Gordon, has to take care of his routine. He puts the suit on and goes about his duties.

It may seem boring, but in 1998, riding a train and roaming around a lab among people in lab coats, without an arsenal of weapons, was absolutely mesmerizing! The developers correctly concluded that slow, gradual building of tension can be more engaging than shooting everything that moves.

Six years later, in Half-Lif 2, the train ride was rehearsed, this time inviting us to City-17. Admittedly, our trip was over rather quickly, but the subsequent walk through the streets of the grim metropolis, among the creepy Combine soldiers, was equally atmospheric.