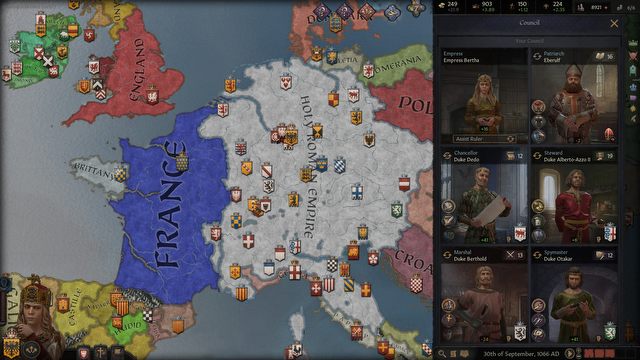 What is Crusader Kings III?

Crusader Kings III is the latest installment of the series popular with fans of advanced strategy games, which started as a spin-off of the Europa Universalis series. The entrusts players with controlling a medieval dynasty over several centuries, and guide it to power and glory by fighting wars, plotting, and skillful dealing with other rulers.

The developers from Paradox Interactive are betting on the evolution of proven solutions and are not planning to turn the gameplay formula upside down. Once again, we will get a comprehensive strategy that offers a wide variety of opportunities. This time, the developers paid a lot of attention to making their work more accessible to beginners. The novelties include the possibility of establishing greater rights for the chosen gender in the territory we govern, as well as different sexual preferences of characters. The faith system will also be greatly expanded, and stress mechanics will appear. At the same time, unfortunately, some of the elements introduced in the DLC will disappear from the game for the second installment of the series  they will most likely appear in the future, in the form of paid extensions.