When trying to conquer new genres, publishers often resort to recycling their already-established IPs, in more or less desperate attempts at creating a successful spin-off. In many cases, the outcome is disastrous, and the experiment is quickly forgotten. Every sometimes, though, we get a proper spin-off that may even start a new series (usually from Nintendo).

The following list enumerates what we feel are the strangest game spin-offs. It doesn't mean they're not worth playing, though. Most of these games have something to offer, and they're usually worth the time.

Share some of your own ideas in the comments below. 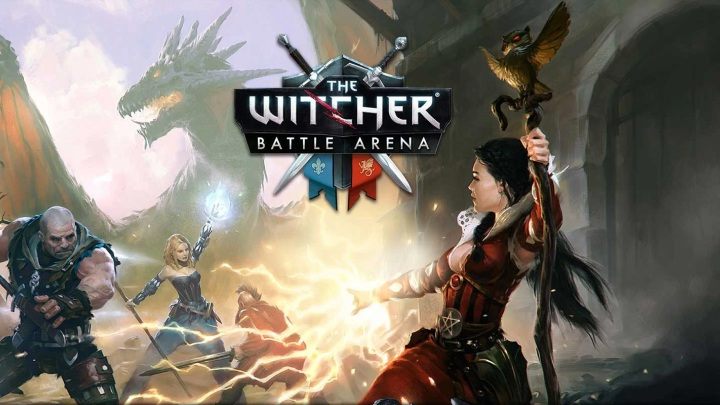 The list of the weirdest spin-offs starts with good ol; The Witcher. After the success of The Witcher 2: Assassins of Kings, CD Projekt RED started craving expansion beyond the RPG genre, and worked out an ambitious plan. Like many other developers, they wanted to repeat the success of Dota 2 and League of Legends, so they commissioned Fuero Games to create a Witcher MOBA.

Thus was born The Witcher Battle Arena, released on smartphones as free-to-play with optional microtransactions. The game lasted from January 2015 to December the same year. Despite ambitious plans, it was disappointing content-wise.

Even though The Witcher becoming a MOBA was quite unexpected, some people believe the project had a potential and was binned prematurely. 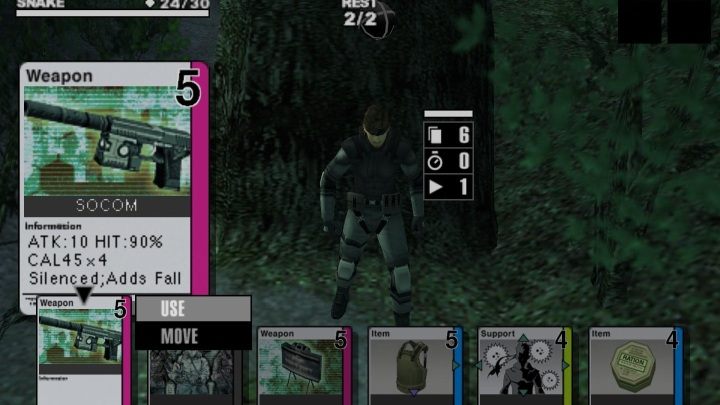 Metal Gear is among the oldest active game series out there. Most entries offer the same gameplay model, tailored to capabilities of the platforms they graced (Ghost Babel on Game Boy Color is a good example). The series created by Hideo Kojima also got a card game spin-off.

If you're wondering how a stealth game with action elements can be successfully turned into a game about collecting cards and assembling a decks, Metal Gear Acid from the PlayStation Portable will quickly bring the answer. Somehow, Konami managed to combine the two worlds, in theory completely incompatible. Not only that: Acid was a dark horse, which even warranted a sequel.

The aim of the game is to collect better cards to assemble the strongest team of heroes, which takes part in turn-based battles. The better the deck, the better the results. However irreconcilable this mix may seem, the gameplay in Metal Gear Acid was perfectly compelling. 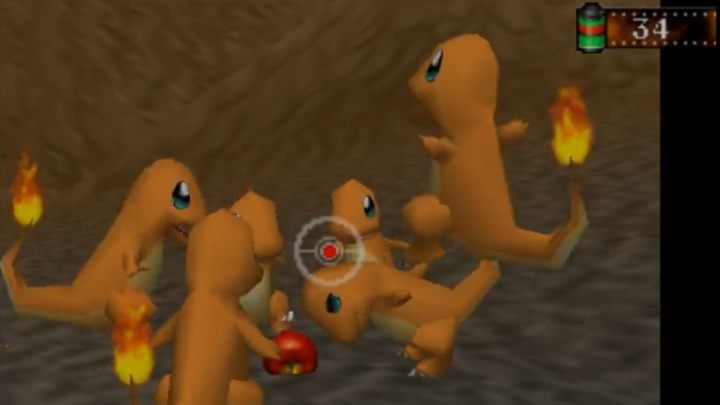 Through more than 20 years since the release of Pokemon Red, the series has seen countless sequels, remakes, and spin-offs. In the vast majority, they don't deviate from the typical formula of catching, training, and pitting the monsters against each other. Against this backdrop, Pokemon Snap on Nintendo 64 stands out the most.

This is a game where the main objective is to photograph the creatures you encounter. The better the shot, the clearer the image of the model, the higher the score we get. Also, for the entire game, you're riding in a cart – just to make things weirder. While the game was a bit underwhelming gameplay-wise, it also was a milestone for the entire Pokemon series, for the first time showing the monsters in 3D.

Pokemon Snap gathered a small, albeit loyal following of virtual photographers over the years. Nintendo finally acknowledged that, and it finally announced a follow-up last year, coming for Switch. 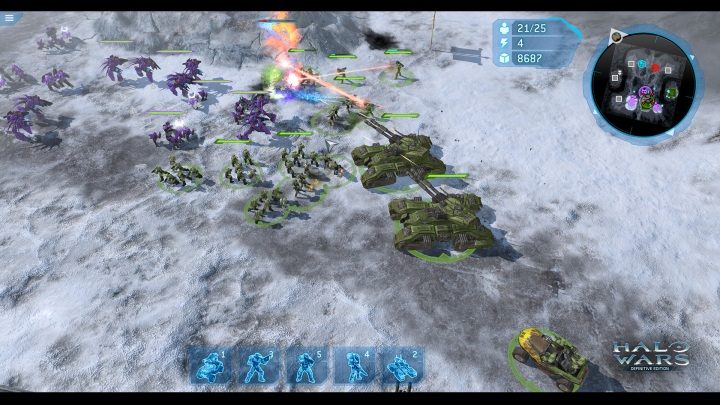 What genre is Halo? Why, FPS, of course. The shooter from Bungie became a phenomenon and one of the flagship console franchises within a few years. Microsoft, however, wanted something more. So they decided to create... a strategy game.

Halo Wars was created by Ensemble studio (Age of Empires series, disbanded since), who used their enormous experience to turn the famous action game into a strategy.

They apparently knew their game – the spin-off turned out completely successful. It's all the more impressive when you appreciate that the devs had a very good reason to fail: the game was conceived as Xbox 360 exclusive – not the strategy games' go-to platform. . 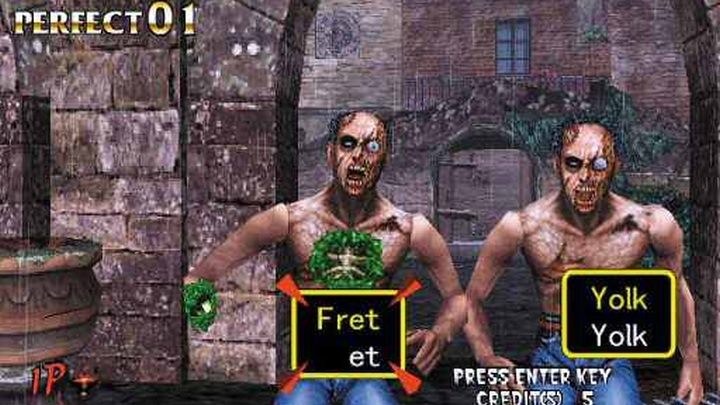 In the list of wouldn't be complete without the game from Sega. Originally released in 1999 for the Dreamcast, The Typing of the Dead turned arcade FPP shooters upside down. What was the revolution about?

About the controls. The House of the Dead series, used the so-called light gun – a plastic gun that you aimed at the screen. Typing of the Dead swapped that gun with a keyboard. The gameplay was based not on shooting zombies, but on typing words appearing on the screen as quickly as possible.

How did this actually work? The text appeared next to each opponent. The faster we wrote it, the more damage we dealt, and the better score we got. It was a game that seemed boring on paper, but came off surprisingly enjoyable in practice. 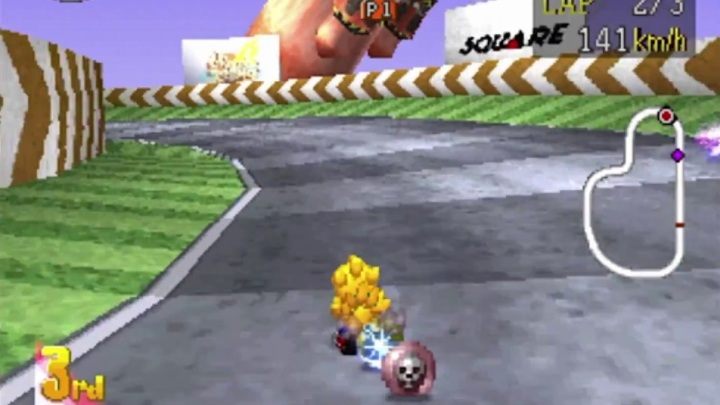 After the success of Mario Kart for the Nintendo 64, many companies wanted to repeat Nintendo's feat and set about creating their own karting games. Chocobo Racing is one such example, though forgotten by many as a rather mediocre game.

Square Enix thought that the Final Fantasy's rapport warranted dropping the title and focusing on the Chocobo mascot, very popular in Japan. If the execution was better, Chocobo Dungeon (a dungeoncrawler spin-off of the Final Fantasy series), could have been remembered more fondly.

And yes, Chocobo switched from jRPG to racing, which didn't work out well. While I have fond memories of this game myself, I'm also aware that I was really keen on the entire Final Fantasy series.