Over recent years, we've been witnessing an increasingly intense romance of the gaming and motion-picture industry. And this is a reciprocal relationship. Adaptations of films in games and vice versa have become quite popular. There's also an increasing number of actors who decide to participate in video games. And not just giving their voice, but also their actual physique.

All thanks to cutting-edge technology, such as motion-capture, which allows mapping actors' movement and gestures, and transferring them into the digital world. The rest is done by graphic designers, programmers and animators. But even before this became possible, developers had other ways of smuggling famous actors into their games. We hope you'll find some of the people on this list surprising! 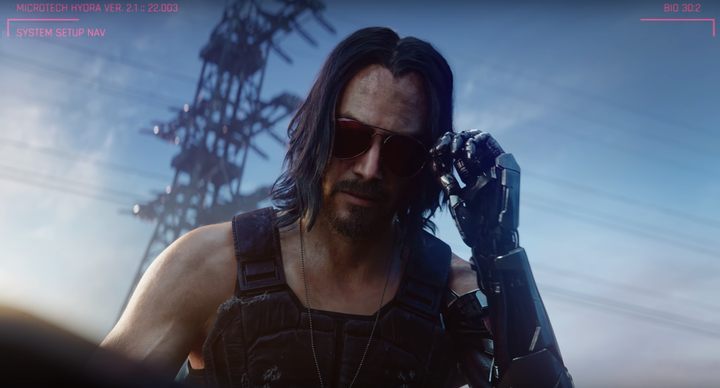 Keanu Reeves has taken over the Internet. Just like that. Memes with the popular actor have flooded Facebook in the days following the reveal of his participation in the game during E3 2019. And then, there's the popular catchphrase: "You're breathtaking!" REDUNDANT The audience went crazy. The Internet exploded. All because of a modest guy who ceased to excite almost anyone a few years ago.

Things changed with the release of John Wick, who almost single-handedly saved action cinema from fully embracing pseudo-realism. The fourth part is already in the works, and Reeves will also return in the next installment of the Wachowski sisters' Matrix. The famous actor also earned everyone's admiration after his exceptional acts of kindness.

Now, he's decided to use that raw charisma of his  a limited, but distinctive palette of stage moves  in Cyberpunk 2077, the upcoming Red's blockbuster. Johnny Silverhand will play a pretty big role in the adventure of the main character. He will be our guide to the city, and all its intricacies  mostly as a holographic projection, whose mystery will need to be solved (Johnny Silverhand died in the table-top Cyberpunk). In any case, the anarchist musician, leader of the band Samurai, has a simple, but tempting offer. A city to burn.