Pirates of the Caribbean Online – anyone heard of this game? 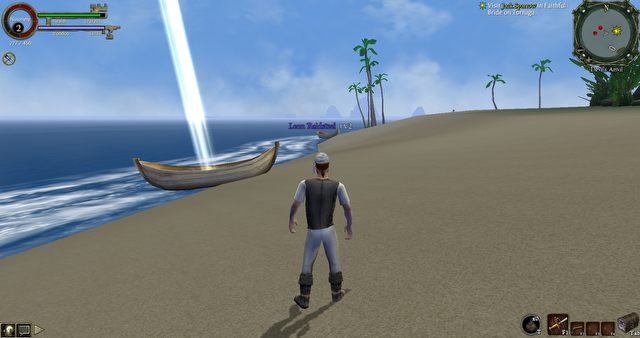 Pirates of the Caribbean got an MMORPG, and it was pretty good. On the wave of popularity of movies starring Johnny Depp and Orlando Bloom, Pirates of the Caribbean Online delivered a decent fighting system and enjoyable skirmishes on rough water. The core of the gameplay was naval battles, as well as raiding merchant ships or exploring the game's universe. Why hasn't it taken over the world and properly sunk in?

While it did win a few awards, Pirates of the Caribbean Online turned out half-baked and neglected by Disney. Few patches, many issues, and an attempt to keep squeezing that lemon despite all that, ultimately killed it. What is interesting, however, is that you can actually play this MMO. Fans have revived the game, and it's currently available for free as The Legend of Pirates Online and – surprisingly – does better than the original.

A browser-based MMORPG game focused on social interactions. It was released in October 2005 and, despite rather odd style, won the hearts of many players. In September 2011, Club Penguin boasted 150 million registered users and gathered a unique community. However, in March 2017, the decision was made to close the servers, which sparked great outrage. However, a sequel was announced – Penguin Island Club, which debuted shortly after the original was closed. Unfortunately, this version only lasted for a year and the servers were officially shut down in December 2018.