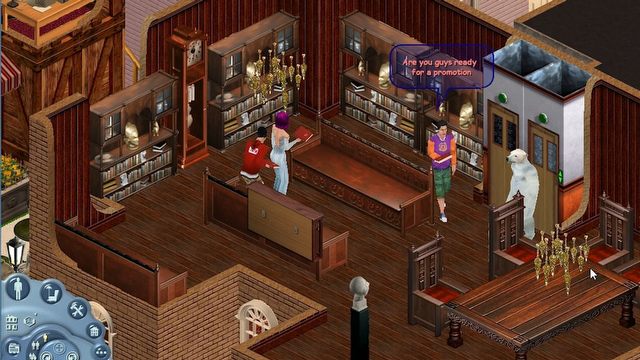 The Sims series is a phenomenon able to sustain itself from the DLCs alone, selling faster than hot cakes. However, The Sims Online didn't have it too easy. Based on the original installment of the series, the MMO theoretically offered the same thing, but with online elements. In practice, however, it failed to attract enough players.

The Sims Online was a specific release. You could say the project was ahead of times and technology, but you could also say it was an awkward mix of improvised ideas. The creators weren't able to diversify the experience. Ultimately, this game suffered a financial flop and changed its name from The Sims Online to EA Land. It added the ability to design your own items and sell them for simoleons. Unfortunately, that didn't help either, and the network "Sims" were eventually shut down.