Firefall could be an interesting combination of MMO and FPS 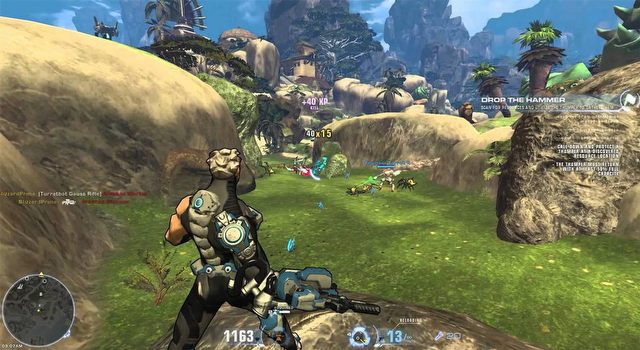 Firefall was quite promising. One of the creators of World of Warcraft was responsible for the project, teamed up with the authors of the Tribes series of shooter games. It was supposed to be a combination of MMO and FPS – and indeed, something like this was delivered. After selecting a character class, we were sent to an open world, where we had to collect raw materials and complete missions entrusted to us. Battle suits had their own stats and special features, the encountered players could be opponents, and you could participate in huge battles. So what was the issue?

Controversial microtransactions and the enormity of errors at launch. Firefall faced considerable problems since inception. Access to servers was severely limited, the quality was often appalling, and it quickly became obvious there was not enough content. After that, the devs seemed to have zero ideas for the development of Firefall, and focused on grind and coming up with different events. Several attempts to revive it were made, but to no avail.