Doom, GTA, Civilization, XCOM, Tomb Raider, Need for Speed, FIFA and quite a lot of other titles we're playing today – what's one thing they have in common? All of them launched in the 90s. The decade was arguably the golden age of computer games – most of the genres and mechanics that are popular today were born back then; it was a period of innovation and wild creativity. Back then, games changed from programs created by hobbyist that controlled a cluster of pixels in a few colors, to huge megaproductions costing millions of dollars with state-of-the-art 3D graphics and famous celebrities on the payroll.

Of course, only a few IPs have braved this test of time, popularity and relevance. Among the slew of mediocre, unremarkable and rightly forgotten games, however, there were also those that, for various reasons, didn't receive due attention or recognition at that time. They didn't sell enough copies, didn't get sequels or remakes, and the gaming community forgot a about them. And some of those were truly unique, timeless, interesting games that deserved a lot more. So here's our – as always somewhat subjective – list of the most underrated games of the 90s. 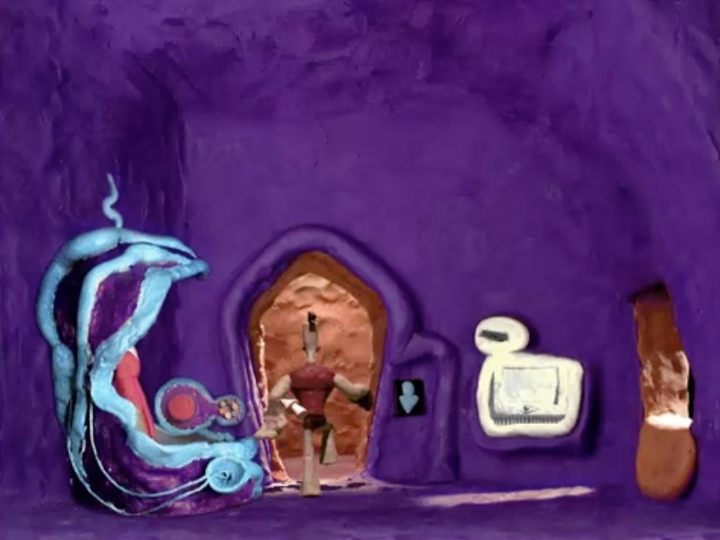 The Neverhood is certainly one of the most underrated games in the history of digital entertainment. It sold just over fifty thousand copies, which was a huge disappointment given the names behind the project, the technologies used, the amount of work invested into production, and the gameplay itself. 18×16 svgIn fact, everything about The Neverhood was special in some ways – except maybe the genre and core gameplay mechanics. We were dealing a point-and-click adventure game (a genre that was very popular at the time), in which puzzles were solved by finding items and then manipulating the environment with them. Everything else, however, was just so far off anything that we were used.

The Neverhood was the very first game created using stop-motion animation – with the world and its heroes physically made of plasticine. There were no traditional computer graphics used. The plasticine mock-up of Neverhood's world took three months to build, spanning an area of whopping 4305 square feet, while photographing individual frames of animation for each scene and stage of the game took another 8 months. In total, the game required over 3 tons of plasticine.

Such an unusual project was firmed, financed and published by Steven Spielberg himself, who was looking for fresh ideas for his newly established DreamWorks Interactive studio. In order to handle the release of a video game on PC Windows, he teamed up with Microsoft. Despite great reviews and appreciation of many of its quirks, the sales were "embarrassing", as one Microsoft employee put it, but it is difficult to name a single main reason here. The market was a bit saturated with point-and-click adventures, and the unique art style, although appreciated in reviews, could have been perceived as too strange or unusual.

The game was ultimately popularized by Microsoft and Gateway, who pre-installed Neverhood in new computers as free add-on. Such copies, however, exposed the game to piracy, especially in Iran and the Russian Federation, which – on the other hand – allowed it to gain considerable popularity and recognition there. Today, it enjoys a cult-classic status and a large bases of fans. In 2015, it even earned a spiritual heir in the form of Armikrog.