After the release of the first Witcher, CD Projekt not only breathed a sigh of relief, but also regrouped and prepared further moves. Intense works on The Witcher 2 commenced. In the meantime, a third-party company, French Widescreen Games, was commissioned to create a console port called The Witcher: Rise of the White Wolf. In 2008, CDPR diversified its operations with a digital store focused mostly on classic games  GOG.com. They also bought a successful Polish video game development studio, Metropolis Software, which was to develop They. Thanks to these moves, the future of CDP was secured from several different angles: the still thriving publishing division, a digital store with great potential, and (in the long run) three ambitious games. 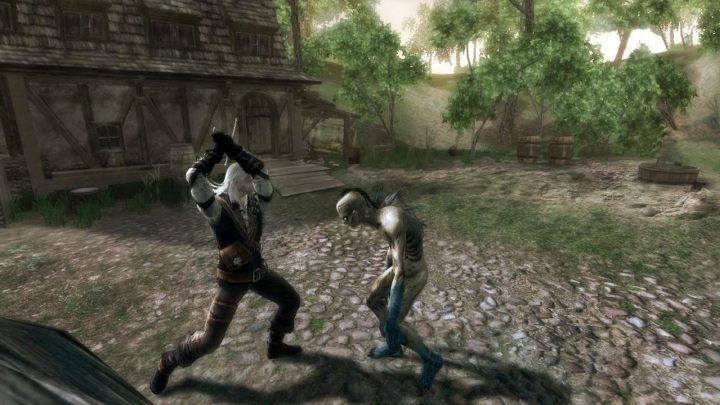 The Witcher: Rise of the White Wolf turned out one of the darkest moments in the company's history.

This assumption was right  unfortunately, CD Projekt had a lot of bad luck. The financial crisis of 2008 left a significant mark on the video game industry, painfully impacting the company's publishing activities as well. GOG.com, although gained the sympathy of players, could not generate enough profits. In addition, the cooperation with the French studio proved to be a failure and in 2009 the project was binned, resulting in bankruptcy of Widescreen Games and significant financial losses on the part of CDP. Further casualties included Metropolis Software, and they project, They. In an interview for "Forbes," Kicinski gave the following account of those times:

This was the worst period in my professional life. We not only completely failed very costly development projects; sales of video games in general plummeted. We barely made enough money to cover the salaries. We had to delete projects and fire people.

I have never worked harder in my life. 15-20 hours a day, and the only result was that we almost went bankrupt.

The plans to diversify income had to be dropped mostly, and the financial situation of CD Projekt became very hard for the second time in a few years. The scale of The Witcher 2 was much larger, and this time, the game was created from scratch on proprietary engine, so money earned on the previous projects disappeared rapidly, and the banks were very reluctant to grant further loans during the crisis. Just like a few years before, this time, at a critical moment, rescue came from outside  the company was saved by a loan of 14 million PLN (some $4.5M) granted by Zbigniew Jakubas. It has given CD Projekt enough time to carry out the merger with Optimus, another big Polish IT company, and thus enter the stock exchange at the end of 2009 through the back door, where the capital to complete the game was subsequently secured. The price of this operation was the loss of full control over the company by Kicinski and Iwinski, which meant that, in theory, they could be removed by the shareholders from the board.

In 2010, after the termination of a loan agreement by a bank, CD Projekt was hanging by a thread as thin as ever. I didn't know about computer games. I visited them the same day. I was touched when walking around this office, seeing these people so busy working on The Witcher that they didn't even notice me mostly. And they weren't even fully paid back then. 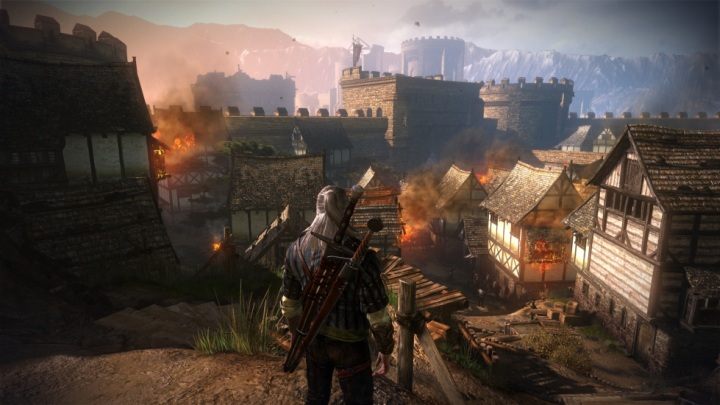 The Witcher 2 was not only a successful sequel, but also the first successful attempt of CDPR to create their own engine.

And again, they managed  The Witcher 2 released in 2011 was equally successful in artistic and financial terms. This time, the Xbox 360 conversion released in 2012 by CD Projekt itself opened up further possibilities. However, balancing on the verge of bankruptcy had its toll  in 2012, Kicinski decided to leave the company. In an interview with Forbes, he explained his decision:

[...] I was no longer fascinated. I had to rest. I didn't have time for longer vacations. I travelled for a few months after quitting. However, even when I parted with the company, I didn't immediately recover. I remember a trip to India: beach, palm trees, sea and blue sky, and I'm lying there, feeling this huge burden growing. I was wondering what this was about. It's unbelievable how deep this load is rooted in you.

Hunted by the Wild Hunt

CD Projekt didn't have much luck with attempts to diversify. That's interesting, because at the same time, going vabanque with obscure games always worked for them. So, they continued. In 2012, the company started working on two, even bigger projects. This time with the ambition to make games not as good as Western and Asian ones, but better. These games were, of course, Cyberpunk 2077 and The Witcher 3, though as it later turned out, Cyberpunk 2077 at this stage and for the next few years was just a concept developed by a narrow, core team. Nearly all resources were once again invested in The Witcher 3. 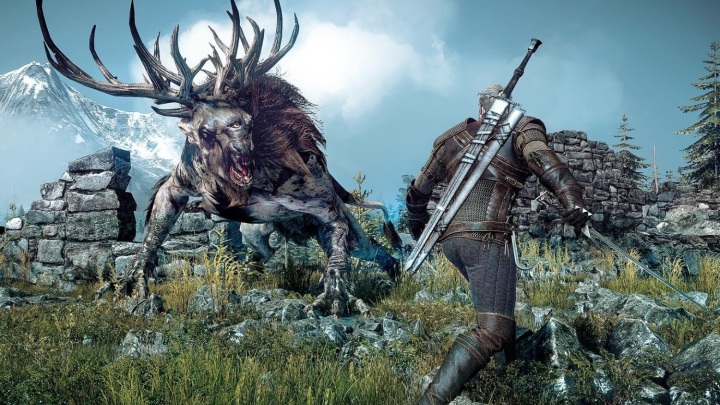 And this was the game that finally allowed CDPR to enter the major leagues.

In 2012, CD Projekt, running the publishing business, was rebranded to CDP, and two years later separated from its parent company, becoming an entity independent of the CD Projekt Capital Group, which includes CD Projekt RED and GOG.com. The latter continued to generate marginal profits, so at this stage there were no attempts to create any contingency plans or attempt to further diversify profits  from the very beginning, they were laser-focused on The Witcher 3. And that was quite a gamble  the games budged exceeded $100 million. With such an investment, the production had to become a complete smash-hit.

And it did. A huge budget, several years of incredibly hard work of devs, months of crunch and several postponements of release dates (related to, note, tackling the overwhelming technical problems) have resulted in tens of millions of copies sold, phenomenal reviews, a sea of awards and the universal delight and love of players. And a moment later, an equally successful encore in the form of DLCs came.

Before someone accuses me of logical gymnastics trying to prove my arguments: Yes, I do remember about Thronebreaker, Gwent, The Witcher: Battle Arena or the upcoming The Witcher: Monster Arena  I just don't take them as a serious attempt to diversify anything. These games are smaller additions that monetize the success of the core project, and their budgets and ambitions are a fraction of the potential of the "main" CDPR works. With these projects, the company is obviously trying to maximize profits, but minimize risks. Just like with GOG. These undertakings are essentially art for art's sake.