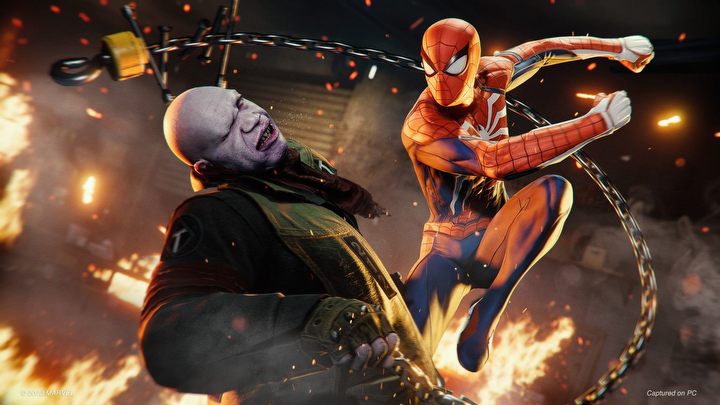 The thing about exclusive PlayStation games is that their exclusivity is usually temporary. More and more games available on Sony consoles also arrive the PC after a dozen, sometimes several dozen months. Often in a refreshed edition! This situation happened to Marvel's Spider-Man, which not everyone liked. Therefore, I would like to remind you that games should connect, not divide!

At least on PC!

The Spider Man will also start kicking asses on PCs. The story of Peter Parker told in the game is not based on comic books, although it draws handfuls from them. We will find here the classic themes, well-known characters and opponents. The mainstay is, of course, traversing the world, as well as fighting. In the case of the latter, the protagonist tries to be like Batman, i.e. does not officially kill any of his victims, so you don't have to worry about committing crimes!