Remember what the Star Wars universe looked like at "point zero," right before Qui-Gon Jinn and his apprentice went as intermediaries to the planet Naboo. The space Republic, uniting hundreds if not thousands of star systems, is the dominant force. It's decisions are legally binding, and if someone tries to breach the order, the Jedi come to change their mind (remember how Anakin told about negotiating using a lightsaber?). This state of affairs lasted for an eternity. In the first episode of the film, we hear that the Jedi's arch-enemies, the Sith, had "died out" a thousand years before. Since then, nothing has threatened the status quo or the bilateral agreement in which the Senate and the Jedi Council jointly govern the Cosmos.

For the sake of clarity of this article, I will only consider the Star Wars movies as canonical. At the same time, however, I'm not going to completely ignore games, books and comics. What I want us to keep in mind is that what we see in movies is always more important for defining the universe  everything else can only supplement our knowledge and help in interpreting the primary material.

A Galaxy to burn

Of course, there had to be some big and small conflicts or crises in the Republic. The clash of the Trade Federation with the planet Naboo was, however, something quite different. It was the first step towards the implementation of the plan of one man  Senator Palpatine, the representative of that planet in the Senate. 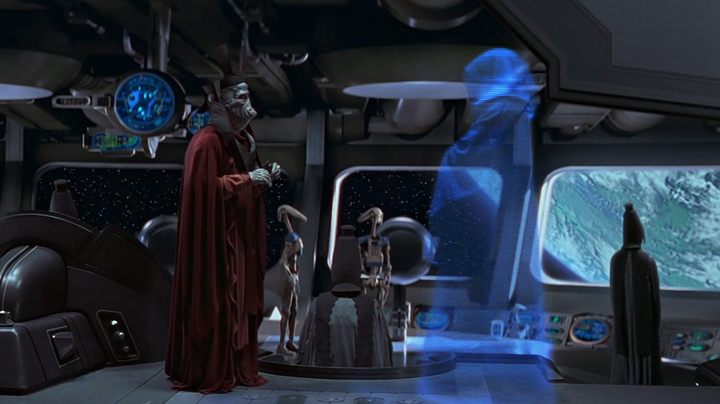 The beginning of Palpatine's plan was modest. Inciting a crisis, taking over as the chancellor, combining the fate of Anakin Skywalker, Padme Amidala and Obi-Wan Kenobi.

From the very beginning of the screening, every viewer familiar with the original Star Wars trilogy knew that this, rather likeable politician, would become a sinister Emperor. We can thus assume that the crisis, which prompted the Queen of Naboo to declare a motion of no confidence in the incumbent chancellor of the Republic was his own design, and the assumption of the function of chancellor was only the prelude to something much greater.

The movies don't say that explicitly, but at around the same time in which the Federation was testing its droid army on Naboo, a Jedi master, Sifo-Dyas, ordered an army of clones for the Republic without consulting the Council. Its creation took years, and the first batch of soldiers was ready in a very convenient time for Palpatine. An important detail here is that this army had secret orders encoded genetically that the future Emperor, and perhaps only he, knew about. The conclusion is obvious: Palpatine was preparing the Republic for a civil war, pitting both sides against each other.

Break the power of the order

When the clones matured on Kamino, the chancellor of the Galactic Republic, through the hands of his apprentice, count Dooku, formed a coalition of systems and corporations that rebelled against the Republic. The conflict he fueled gained momentum, first as a political crisis and then as an open war. Let's add here that the first attack was made by the Jedi Council, which used the clone army to save Obi-Wan and Anakin on the planet Genesis, occupied by separatist. So it was not the chancellor nor the separatists who decided to escalate the war. Palpatine could only stand on the sidelines and regret not being able to avoid a conflict. 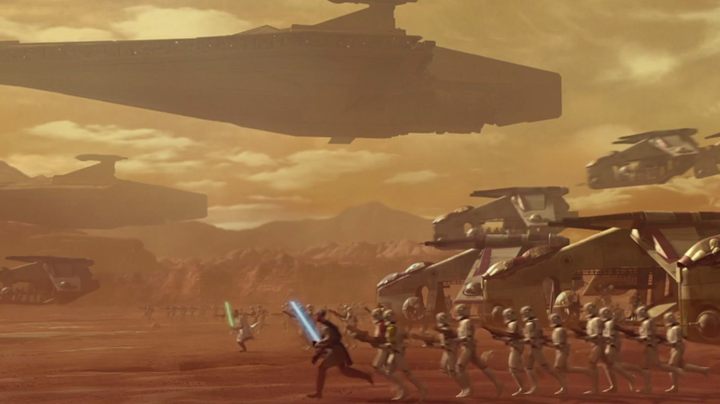 It was the Jedi that attacked the separatists. The landing on the desert planet was supposed to be a surgical incision that would remove the threat. It turned out to be the beginning of a great conflagration.

And we have to note that the Jedi exhibited some true shortsightedness. Maybe the absence of a serious opponent weakened their vigilance? The appearance of the clone army was insanely convenient for them, but, frankly, too suspicious not to raise some questions. We can see, by the way, that master Yoda and master Windu sense that something bad is happening around them. However, they have no idea what that is exactly. They suspect the Chancellor of a morbid thirst for power, but do not know how very sinister his plan is. How powerful did Palpatine have to be to act so cunningly, right under the Council's nose? Maybe it was the Council that lost grip and dwarfed? To some extent, maybe. But Master Yoda was close to defeating the Emperor in a duel. However, he escaped and hid from the world.

In the end, the intrigue bore fruits. The Jedi, busy with the war spurred by the Sith Lord, didn't notice the deception. They were deceived; dispersed, they've become easy targets for the clones. It would have been impossible to defeat the Order if it wasn't stretched thin; if individual members of the Council had not been light years apart, commanding the armies of the Republic, surrounded by traitors created in the Kamino factory.

It's hard to tell how big the Order was based on movies alone, and how many masters perished in the Clone Wars. However already during the battle of Genosis, or rather the clash on arena immediately before the battle, you can see their losses (non-canonical sources say of 179 Jedi casualties). We can assume that after several years of total war, the ranks of the Jedi were decimated. That was probably the crux of Palpatine's plan. 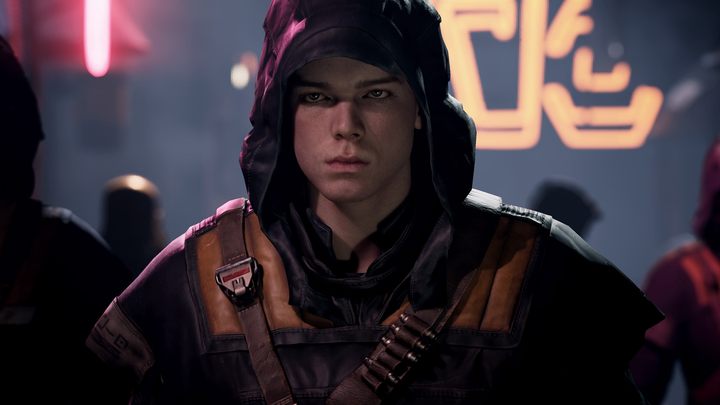 Cal Kestis is one of billions of people, whose fate was destroyed by Emperor Palpatine.

The movies are silent about what happened after order 66 was given and after Palpatine's duel with master Yoda  certainly nothing good. The world under the Empire's heel, and the hunt for the surviving Jedi, were depicted in Star Wars Jedi: Fallen Order. Its protagonist, a former padawan, Cal Kestis, was to become a wrench in the gears that ran ruled the entire galaxy for 15 years. In the game, however, we see him as a lone fugitive who has to face the superior forces of the Empire. The name Fallen Order is quite significant.