Free-to-play used to be associated with extortive games that actually cost more than subscription-based games. The tempting, unfair advantage from the in-game store, the undeniable pay-to-win, and a certain impunity  after all, who will stop us from creating a new account? In recent years, this situation has changed for the better, and today, free games are no longer perceived so negatively.

What's more, there are quite a few games that have benefited from switching to a free-to-play model! With the addition of cosmetic items, some optional premium accounts, or a battle pass, games can really get a second life. However, this is one side of the coin, because not all games were saved by the transition to "free-to-play." Today, we're going to talk about just such productions, which despite being available for free, utterly failed.

The following list is not definitive. We've selected the most talked-about games where the transition to a free-to-play model was supposed to be the salvation from a crisis. There is no shortage of other games that have sought salvation by being free. If you think there's a game we missed, let us know in the comments. 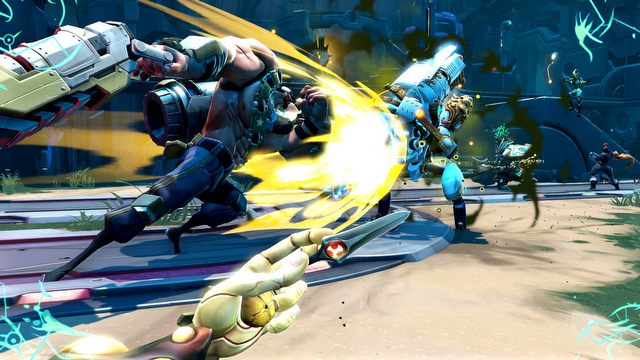 The Borderlands series is probably familiar to everyone out here. However, not everyone is aware that the Gearbox Software team also created Battleborn. It was supposed to combine a hero shooter and MOBA. This game is divided into two segments, one focusing on scenario-based PvE battles, and the other allowing for clashes between players completing tasks on the map. So, why such a seemingly good idea didn't work out?

Well, Overwatch was a major contributor to that. Battleborn had the misfortune of directly competing with now Blizzard's new game. We're talking about a time when Blizzard didn't have as negative a reputation among gamers as it does now, and was releasing the first, completely new game in a new universe in years. As a result, practically no one was interested in Battleborn, which seemed to be a bit contrived and unremarkable compared to Overwatch.

The move to free-to-play didn't work out either, only prolonged Battleborn's agony. Gearbox Software quickly realized what's going on, announcing that the game would not be developed further, and that the servers would only be up for a little while longer. As a result, the game was shut down after just over 4 years. Did anyone shed a tear over it? I certainly did, because I still have warm memories of Marquis, one of the characters. A robotic gentleman with a mechanical owl and a stick that turned into a sniper rifle was something I hadn't found anywhere else. 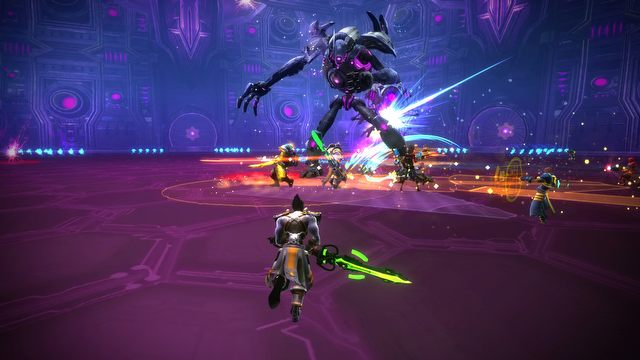 I could write an entire article just about WildStar's bumpy road. After all, it's a game I felt sorry for so far, but it was hard to turn a blind eye to the developers' mistakes and overblown marketing. This MMORPG was advertised as a potential conqueror of World of Warcraft. Plus, it debuted as pay-to-play, at a time when that business model had been abandoned for quite a while.

And that's just the tip of the iceberg. Unfortunately, the developers couldn't define WildStar's target audience. On the one hand, they wanted to appeal to a demanding community that valued a high level of difficulty. It was a niche, and an MMORPG needs a large community, not just a few enthusiasts. It also quickly became apparent that there was a lack of new content and further attractions, so players simply got bored with the game.

It would seem that the move to free-to-play would be WildStar's salvation. In the meantime, the project was clearly dying  there was no clear direction of development. However, we didn't live to see the changes and as a result, the servers were shut down  yet, the memory of this game still lingers in some of us. Because it was a really cool MMORPG, with a unique world combining SF and fantasy. Where else could you play a space zombie or a hamster? 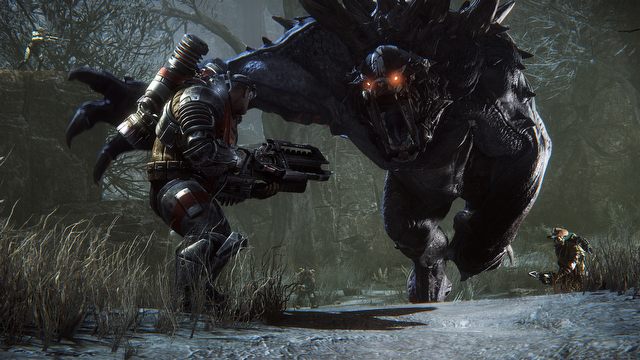 Evolve is somewhat of a trailblazer when it comes to asymmetrical multiplayer games. This game started the fad for asymmetrical productions where players compete against each other on terms that aren't entirely fair. Here, one person played the role of a monster, and the rest of the team played soldiers fighting them. Their task was to defeat the beasts and complete the objectives on the map, which required considerable coordination. The mutant controlled by the fifth player was initially quite weak, but once it reached its final form, it became difficult to eliminate.

It seemed that Evolve was destined for success. The game was widely praised for its interesting concept, but soon, gamers' expectations collided with a wall of the developers' greed. Extras in the form of new heroes and monsters were expensive, costing as much as a AAA game. Added to this were balance issues and a lack of concrete plans for the game's development. As a result, the servers quickly began to empty.

The switch to free-to-play brought Evolve a huge boost in players  even on launch day, there weren't that many people on the servers. However, the publisher changed, and did not renew the contract with the creators. As a result, Evolve was doomed to die a slow death. With no updates and news, it effectively scared players away, and they petitioned to save the title. Now Evolve is available in a heavily reduced form without dedicated servers, so those willing to play, still can. The game had real potentiall, and go hand-in-hand with Dead by Daylight.