Cyberpunk  neither stealth nor immersive sim

That header may sound more dramatic than it should. As an open-world game, Cyberpunk could not really offer such a versatile construction of tasks and locations as Deus Ex. I was actually impressed to see the developers made sure that even the simplest contracts allow the player to reach the target in at least two ways. There's almost always a side entrance waiting to be breached, a hidden vent shaft waiting to be discovered (let's ignore the fact that enemies don't react to the sound of breaking glass). Sometimes you need a particular perk, or a special implant access those entry points, so Deus Ex vibes are quite strong. 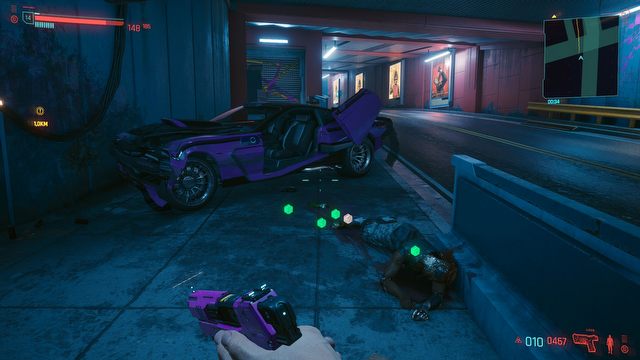 For such an immersive experience, I would much rather turn off some of these markers.

Too bad there aren't as many defining moments and choices in the story. Cyberpunk often limits the player's influence on the events and sets quite simple goals. CD Project RED tells excellent stories, but ultimately seems to focus on quantity rather than quality. On the one hand, it's hardly surprising, because in the end, it was necessary to fill up this great open world with something. On the other hand, missions could be more fun if our participation in them required more wits, decisions, and initiative on part of the player. Deus Ex seems to be much more satisfying in this respect.

Things are quite similar when it comes to conversations with NPCs. Cyberpunk creates a perfect illusion of contact with living people  thanks to perfectly written and performed dialogues, meticulously prepared character animations and smooth, immersive conversation transitions (or rather: lack thereof). However, and again, at some point, the lack of branching in conversations becomes more notorious. 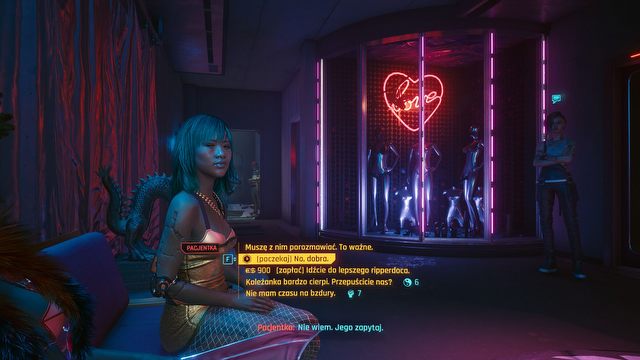 There aren't many occasions when we have so many choices.

We laughed at Fallout 4 and its "yes-no-I-don't-know-sarcasm" pattern, and yet, in Cyberpunk 2077, the available dialogue options are often reduced to affirmative and negative answers only. Conversations generally seem very eager to reach their conclusion. You certainly won't find here anything resembling the lengthy debates that we occasionally engaged in in the Deus Ex series. Fortunately, CDPR made significant progress since The Witcher 3, and allows the player to occasionally avoid trouble by accessing a conversation option requiring a particular attribute to be developed enough.

What about stealth? This aspect brings even more associations to games by Eidos: we can move and hide bodies, have two available ways of eliminating enemies (lethal and not), and can access a whole skill tree of perks related to clandestine actions. Things are definitely way beyond what Fallout 4 has to offer. Does that mean CDPR and Eidos are on par in terms of stealth execution? I'm afraid not. First, we again have the poor AI. Enemies are blind and deaf, they don't raise alarms that would put the whole staff on their feet, and have short patrol routes (if they move at all). Therefore, sneaking around between them is neither very challenging, nor a lot of fun. Besides, we lose experience points when avoiding enemies. 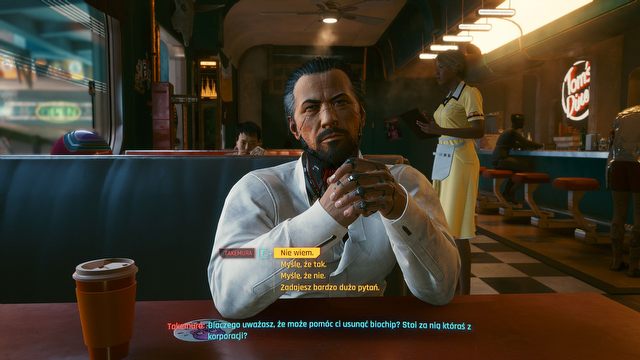 Slowly heading towards a conclusion, we go back to comparing Cyberpunk to GTA. Creating a driving model was another completely new challenge for CDPR, after shooting (and indeed an AI that would handle both shooting and gunfight-compatible behavior). Bearing in mind that this was the studio's very first attempt at handling cars and motorbikes, you can say they've come out on top.

While I was at times glad the game had a fast-travel system similar to the one from The Wild Hunt, driving could also be fun on different occasions, once you got used to it. It definitely isn't worse than in Watch Dogs. 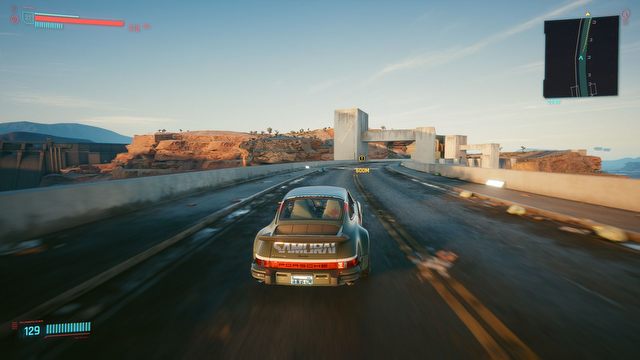 If it was Need for Speed, I would have said Electronic Arts was finally headed in the right direction.

The devs from CDPR have already achieved quite a lot in terms of suspension behavior and drifting physics. If they improved sensitivity, brake performance and loss-of-grip point, the game would actually be nearing GTA-V quality. It wouldn't hurt to increase the variety of vehicles a little bit  both in terms of the number of available models and their driving properties. It would also be awesome if AI drivers knew how to avoid obstacles.

I'm sure you've noticed yourself, but the Cyberpunk 2077 minimap/GPS doesn't behave like that in GTA or Google Maps, for that matter. Normally, when we speed up, the map zooms out, so we can see a larger part of the world and prepare for a turn. Nothing like that happens in the Polish game, and this can be quite annoying.