You know very well that this comparison was inevitable. CD Projekt RED didn't have to utter names like "Grand Theft Auto" or "Deus Ex" even once at Cyberpunk 2077 presentations to make us realize this game is a blend of the two. After all, it's a high-budget RPG/action game set in a big city, using first-person perspective, emphasizing shooting and hacking, and allowing you to drive cars and use cyber augmentations. The stock market analysts also did their job, as they seemed to be raising the number of millions of copies the game would sell with each successive announcement, and assessing on an ongoing basis whether or not CDPR could beat Rockstar Games. At this point I have a few nettling words rushing forward, but maybe I will leave them for another occasion...

Let's compare. No, we won't be answering the question whether Cyberpunk is better than GTA. After all, those games represent different genres. However, it makes more sense when we take a closer look at specific aspects. Does Cyberpunk have a better city than GTA? Is hacking more compelling than in Deus Ex? Is shooting more fun than in Fallout 4? Are interactions with NPCs better than those in Red Dead Redemption II? ...Well, this last question might seem rather rhetorical. The rest  not necessarily. Let's get down to analyzing.

No, rest assured. We won't be analyzing plot details. 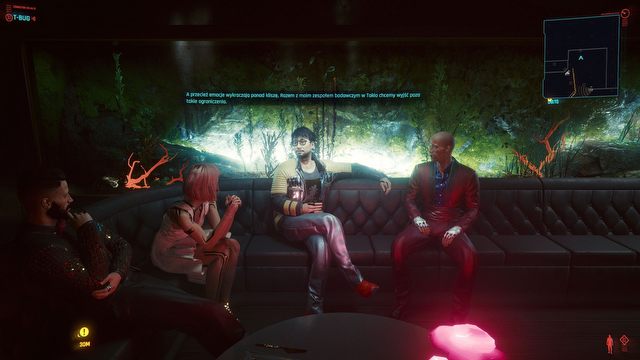 Let's start with the real star of Cyberpunk 2077. We're talking about Night City, of course  sorry, Johnny. I don't know if I would go as far as calling it the best virtual city of all time, but it's definitely up there with the best. At least in artistic terms.

Designing this metropolis must have been quite a challenge. On the one hand, it needed a futuristic, cyberpunk character, and on the other  despite the fact that the action was set in quite distant year 2077  it could not be to exaggerated in terms of technological advancement, remaining true to Cyberpunk 2020 style. The whole thing needed the right scale so that the player would not doubt even for a moment that they're in one of the biggest cities on Earth. CD Projekt RED has remarkably handled each of these challenges perfectly. 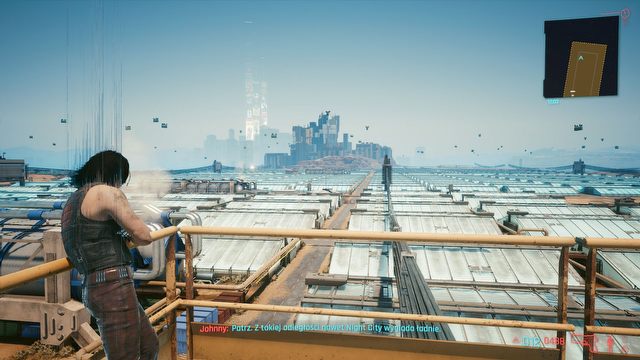 A vision of the future as grim as picturesque is quite the achievement.

The corners and interiors of the buildings deserve additional recognition, given the magnificent scale of the Night City. You can see the same attention to detail exhibited in The Witcher 3, where every object seemed deliberately placed, except this time, the scale is an order of magnitude above. The same goes for the streets  CDPR did astonishing job sculpting the urban landscape. Practically none of the locations seems out of place, empty, and redundant. This feat is all the more astonishing when we consider that FPP forces the locations to be way more detailed than in the case of TPP.

Besides, CD Projekt RED provided us with some fantastic futurism in the design. From skyscrapers towering over the districts and obscuring the sun, through multi-level highways connecting individual districts, to hectares of greenhouses and solar panels outside Night City  this is a vision that can make you stunned and sometimes even terrified. The waste dump in the southern part of the map; the oil wells in the north, adjacent to the huge chimneys of an old power plant  these places can really make you wonder weather humanity is headed in the right direction. Indeed, few games can even hope to compete with this world in terms of suggestiveness, atmosphere, and feelings it evokes. 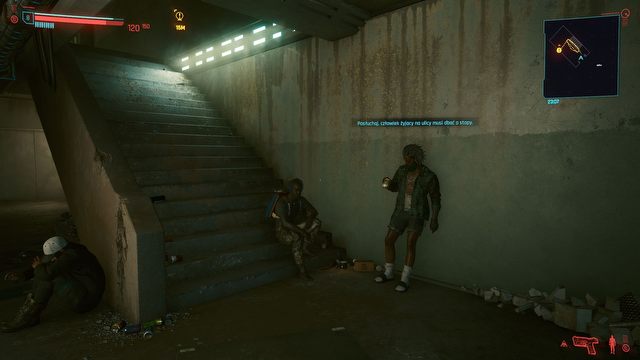 CP77 offers poor interactions with NPCs, especially when compared to RDR2, but at least the citizens of Night City have some interesting conversations.

And how does Night City compare to Los Santos from GTAV? The city created by Rockstar obviously has nothing to be ashamed of, especially since it's almost a decade older. . It may lack character in comparison, but that's a problem with American metropolises in general  and fidelity to reality was probably the highest priority for developers (next to maintaining visual similarity to Los Angeles). There is also no shortage of details, interesting nooks and crannies, and buildings that can be explored from the inside.

Los Santos definitely loses to Night City in only one aspect: sheer scale. It's noticeably smaller, but there's a justification for that. Unlike in Cyberpunk, the city occupies less than a third of the map in GTAV, and the player has plenty of other locations to visit, including several towns and large stretches of wilderness. In the Polish RPG, there are no such attractions: the areas outside the city are barren and mostly empty. Of course, this is justified by the turbulent history of the cyberpunk lore. 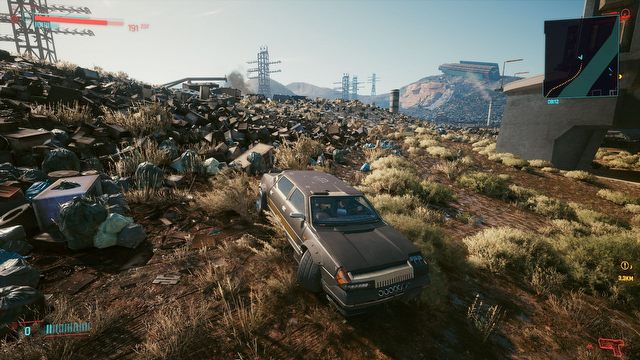 Ever seen such a detailed dump?

Now, Los Santos may be smaller, but it still manages to evoke the same feeling as Night City: the impression of a living metropolis. Besides, the moderate size helped Rockstar fill Los Santos with interesting content and activities. That's another thing we shall discuss. 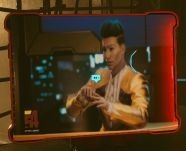 The fact that CD Projekt RED tried to match Rockstar in world building is best evidenced by the media in the game. Just like in GTA, Night City has radio stations to listen to in cars, a few TV channels to watch, and it's own internet. All these efforts are welcome, but they're also not as extensive and detailed as in GTA. This is most evident with the radio stations, which mostly just play music without the involvement of hosts and commercials.