Blizzard, the creators of Warcraft, is a company whose history reminds me a lot of the way sheep behave. For a good two epochs of the history of video games, the studio from California were the strongest rams in the herd. Other developers rushed after them, dreaming they too will be allowed to feed on the green pastures.

Think about it: Warcraft spurred a fashion for RTS games that lasted for years. You may not remember, but games like War Wind and War Diary proved that Warcraft clones really existed. 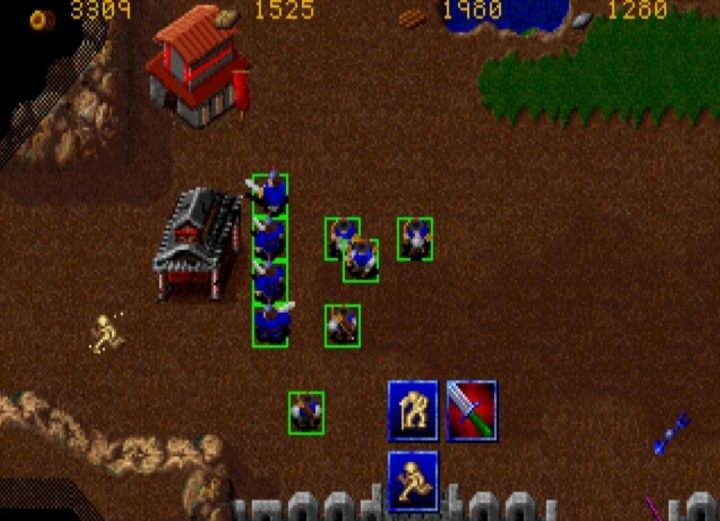 Here's War Diary, one of the Warcraft clones.

The same can be said about Diablo, which single-handedly created a genre of games known and loved to this day (Path of Exile currently boasts 27 thousand players on Steam). Anyway, Diablo is one of the old Blizzard IP that still lives. Hack'n'slash games are generally holding well.

The best example of how Blizzard inspired the entire industry was World of Warcraft. How many WoW clones have we had throughout the years? Dozens, at the least. Some of them have promptly perished, others managed to survive, while WoW never left a question about who's the king.

But has the old ram lost all leading force?

Times change, years go bye. When was the last time Blizzard created something truly original and inspiring? Overwatch stood with both feet on the foundation erected by Team Fortress, Hearthstone spurred the fashion for card games, but was simply a digital, simplified Magic: The Gathering, and Heroes of the Storm is a demonstration of how the former alpha male, the leader of the herd, follows the path trodden by a younger individuals, full of vigor.

In recent years, Blizzard has been working on expansions to WoW, sequels to Overwatch and Diablo, remasters and a mobile game for the Chinese market. Sure, these will likely be profitable games, appreciated by players. However, it becomes clear that the industry legends are getting older. 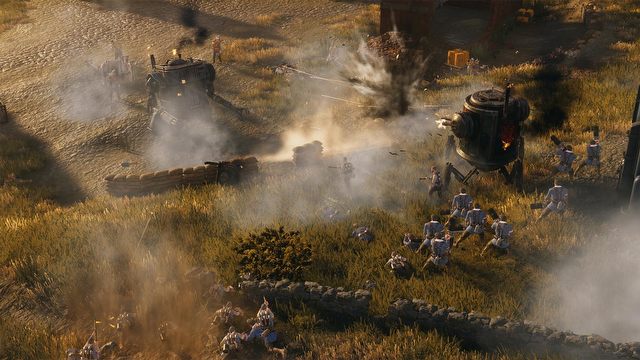 Iron Harvest is one of few, original new RTS games.

The question is: Since Blizzard settled for reaping the benefits, why wouldn't they (eventually) spend a few bucks and give fans Warcraft 4? Let's imagine we're a man writing poetry in Excel, sitting in an office building in Irvine, California. What data we're going to look for in order to decide on the profitability of such an investment?

We'll surely consider the latest releases in the genre. What's there? Likely Iron Harvest – one of few recent RTS games that wasn't a remaster. Let's see – Steam Spy says they managed to sell about 140 thousand copies of the game. The game's also on the Epic Store. Sure, this score isn't bad, but is it a positive signal for Blizzard? I don't think so.

Then, we have Homeworld Deserts of Kharak selling about 450 thousand copies. The game was reinforced by a well-known, classic IP. Ok, so where do we even look for successful RTS games?

We can also consider Ancestors Legacy. The reached about 385,000 owners on Steam, but we know not all of them actually bought it. There have been a few promotions and giveaways, plus a free weekend on Steam. At the same time, Blizzard is only interested in figures at lest an order of magnitude higher. 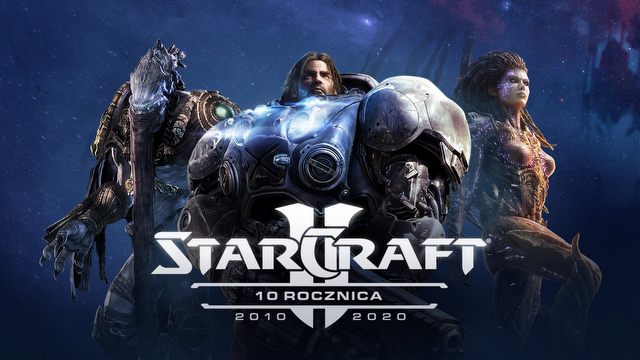 The RTS seem to be dying. Games like that simply aren't play as keenly, and even StarCraft 2 eventually ceded. A few days ago, we wrote that Blizzard is limiting support for this production, which was not comparable to Hearthstone, for example. It's no mystery. The MOBAs that derive directly from mods to Warcraft 3 have claimed the throne since. In my humble opinion, managing a single hero proved to be both more accessible and more rewarding than building bases and attacking other people's harmless workers. In e-sports, duels of champions are also more spectacular than the seemingly chaotic clashes of armies controlled by players with god-like agility, some of them able to execute 500 actions per minute.

What about the RTS renaissance?

Well, it doesn't seem like it's happening. It's as if no one has anything new and interesting to say about the topic. But are you sure the players don't want them? Well, it's not that simple. There's They are Billions, for example, which on Steam has found a lot more than a million customer. Sure, this is not a classic RTS, but rather a blend of tower defense and strategy.

The Age of Empires remasters also reap some excellent scores. The remaster of the second part of this series reached as many as four million players. Of course, it was originally released decades ago and it cost mere peanuts, but still.

Command & Conquer Remastered Collection boasts similar sales result. On Steam, the game has almost 1.3 million players. Not bad, though let's remember that EA doesn't sell this game at full price. There already was a 25% off deal available.

There is still Company of Heroes 2, which I personally like less than the first one, but which regularly attracts thousands of players.

These numbers show that people are still interested in this kind of games. You can even earn make money on them. Indeed, we can be sure that such a brand as Warcraft and it is not a remaster, but a sequel, it would be a hit, which the genre has not seen in years.