April 21, 1991 is an important date for the strategy genre. On that day, the first installment of the Civilization series was released. Over the years, it has grown into a worldwide phenomenon that got six installments and several side games. At the same time, this success did not, for some reason, encourage other developers to follow in Sid Meier's footsteps. In fact, until the release of Humankind on August 17 of this year, this game had not even a single, real competitor. Why?

Well, I've got a few ideas. Bear in mind, though, that it's hard to pinpoint why the industry has evolved in this direction rather than another. If I had to guess, I would bet on one, particularly important factor. At the time of release, Civilization was already a perfect representative of its genre. In such a situation, it was difficult for would-be competitors to offer players anything else.

How to improve something perfect?

When we think about it, we can quickly conclude that Sid Meier, while creating his magnum opus (apologies in advance to all fans of Pirates!), created a completely new genre. Of course, we could count Civilization among turn-based and 4X strategies. We can also agree that this game has some sandbox features. In essence, however, it is very a unique game. Civilization is simply Civilization. None of the games representing the genres above offers gameplay comparable to this series. 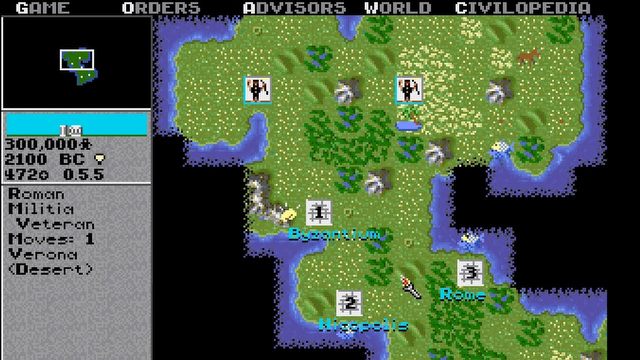 At the time of its release, the first Civilization offered players something entirely new.

At the same time, Sid Meier dotted the i's right away when inventing a completely new kind of games. It would be hard to modify Civilization without turning the basic principles upside down. The gradual evolution of the gameplay formula was ensured by the creators of the original, who slowly developed their series with its subsequent installments. So, any competitors would have not only to surpass the team that literally invented the whole thing, but also propose some entirely fresh solutions that would convince players the game is worth a shot.

This is quite evident when looking at the games that are most often compared to Civilization. Games Endless Legend, Age of Wonders, and Warlock: Master of Magic may indeed resemble it. However, when we take a closer look at them, we quickly notice that each one introduces a twist that completely changes the familiar formula. Some are spiced up with magic, others focus on the plot more, and others still are limited to a single era.

In the end, these, ostensibly subtle, changes meant that none of these games could be considered a genuine competitor to Civilization. Rather, they stood on the sidelines and tried to attract fans, but never promised to be a viable alternative. What's more, such comparisons could backfire on them. More than one game has been lost in the oblivion because it tried to be the new GTA, Call of Duty or The Sims too hard. It's often easier to go your own way. 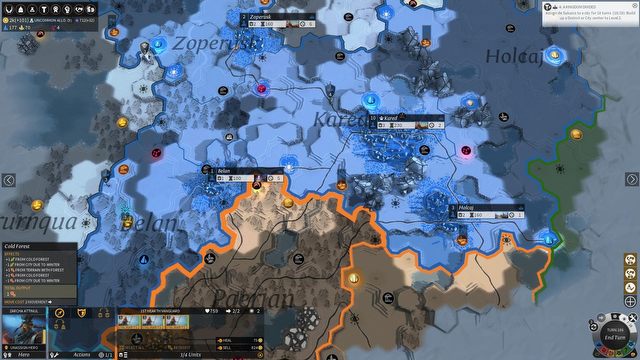 Endless Legend is clearly inspired by Sid Meier's series, but it's clearly a different game.

It's not that simple

However, this is not the only reason why, no one has dared to confront Civilization over the years. Aside from the problem of simply being an incredibly strong brand, you also have to remember that creating this kind of games is not easy. I know it sounds trite, but Sid Meier's game seems very specific in this regard.

There are actually a great many strategy games on the market. We commonly divide them into two groups. The first is big, 4X productions. The most notable games of this genre are certainly titles by Paradox Interactive. They are not unforgiving and oftentimes have a rather discouraging entry threshold. In addition, you need to devote a lot of time to them, and not everyone has a bunch of it at their disposal.

In the opposite corner, we have strategies that emphasize the dynamics. Company of Heroes, Dawn of War, StarCraft, or World in Conflict. These games are more about reflexes and developing specific strategies than spending long hours analyzing charts and numbers. At the same time, they allow faster gameplay and are more accessible, thus gaining a wide fan base. 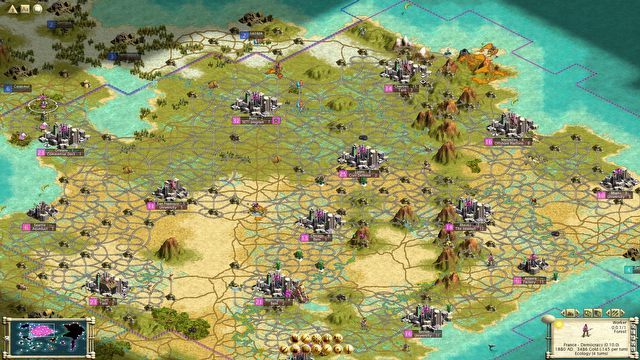 The developers of Civilization have steadily developed the game, ensuring its constant evolution.

In the meantime, Civilization perfectly combines both. On the one hand, this game has a clear interface, clear rules and many mechanics that are not overly complicated. Thus, even a player with no previous experience with the series is able to quickly learn the ropes. On the other hand, it offers a lot of micromanagement and exploration of individual gameplay elements, which adds depth to the game and allows for more flexibility in paving the path to victory.

In turn, achieving this perfect balance is not easy. Of course, there are productions on the market that follow similar principles. The niche is often inhabited by economic strategies, which are still quite popular. However, it's important to remember that a competitor to Civilization would not only have to meet the above criteria, but also offer players something that the original never gave them. Otherwise it would be just a poor copy of the original.

The market is rather tight

Even if a studio created the perfect game that meets all the requirements we have for Civilization, it will not avoid another problem. We've been hearing about the decline of the strategy genre for years. And while I don't entirely agree with this opinion, it's fair to say that there isn't as much room in the market for games of this type as there once was. Moreover, the genre has quite clearly split into several trends, which are occupied by a couple of outstandingly strong franchises. 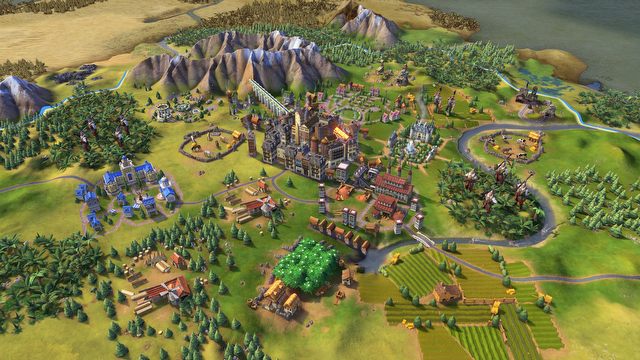 Currently, Civilization is an IP that's hard to compete with.

If you want to play a complex game that requires many hours to master its rules, you'll likely end up with one of the Paradox games. If you want a strategy game that lets you command large armies and wage great battles, you'll be thrilled to play the Total War series, which regularly delivers subsequent games of this type. How about a turn-based game, in which you determine the fate of your chosen nation? Well, you know what to do. It's Civilization, of course.

Particular series (or games by a particular studio) have taken such strong foothold in their niches that the mere thought of trying to root them out, or at least tackle them, can be daunting to many publishers. Why try to fight such strong rivals when you can go the other way and offer players something completely fresh. It's also hard to see this as an entirely bad thing. After all, innovative games are released every now and then thanks to this fact exactly.

Putting it all together, one can conclude that we're doomed to the mercy of Firaxis Games, which will undoubtedly release the next installment of its famous series in the future. But is it really true? Despite the odds, it turns out that there are daredevils in the industry who don't care how big a challenge they face. After all, we've recently witnessed the release of Humankind, which is probably the first game ever that so clearly compares to Civilization. 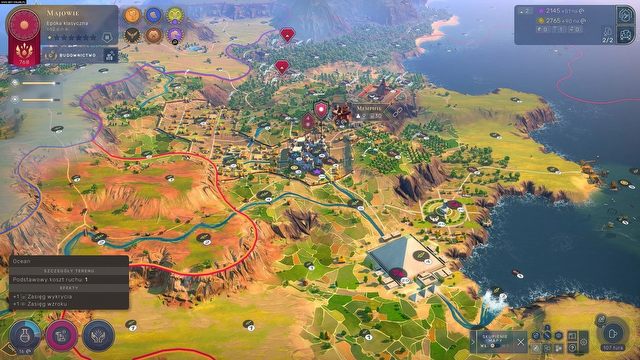 The creators of Humankind were the first to dare and expose themselves to direct comparisons with Civilization.

The game by Amplitude studio met a very positive reception. And I'm not just talking about the reviewers. This production can also boast large numbers of active players, who clearly like the new version of the familiar formula. The sales results must have also been very satisfying for the creators.

So maybe the fear of facing a giant like Civilization was unfounded? It's hard to say conclusively whether we've really witnessed the second coming in the genre, or just an accidental success of the French developers. Either way, let's hope that more creators will follow in their footsteps. Players can only benefit from this situation.

As far as I can remember, Civilization was there with me. From peeking at the game from over my dad's shoulder to my first steps in Civilization 3, I've known these games almost my entire life. However, I am far from devout to Sid Meier's work and would love to see more and more developers follow in his footsteps. Fortunately, it is slowly coming and it's real.