911 Operator for PC, iOS and etc. is a strategy simulator by Jutsu Games, know for Moder Wizards (a mobile game), and some flash games. The game received some recognition after it won the Indie Showcase competition during Digital Dragons.

In 911 Operator players become an operator of a rescue service, working on a telephone line. The task is first of all receiving phone calls from people in danger and helping them. This means that the players need to, for example, give advice concerning first-aid, choose the right amount of crews to dispatch into the scene, as well as choose the right vehicles (trucks, helicopters, different police cars, as well as fire brigades and ambulances). Sometimes, the player can receive a prank-call  they need to be ignored, if the player can recognize them, of course. The devs made sure theres a slew of different situations in the game  sometimes theyre very serious, other times theyre very funny, they can be frustrating as well. The story mode takes the player to 10 different cities.

2D graphics of 911 Operator for PC, iOS and etc. is minimalist. It mostly shows the city, where all incoming calls, units etc. are displayed. 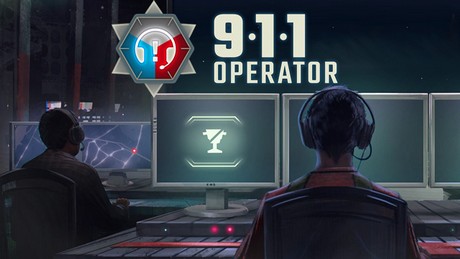 Being an emergency dispatcher is a highly responsible post, as proven by the game from a small Polish dev team. While it may be hard to remain focused during longer sessions, 911 Operator is definitely worth your time.

911 Operator is now up on Kickstarter. Support the game development and find out what it is to be an emergency calls dispatcher.

Here's 911 Operator Interactive Movie, an intriguing combination of a game and a movie from the Polish team at Iron Wolf Studio. The first trailer of the game has appeared online.