A couple of days ago we wrote about 911 Operator  an innovative strategy game that simulates the work of people who manage emergency lines  having appeared in Steam Greenlight. The developers at Polish studio Jutsu Games have made the next step in promoting their upcoming game and put the project on Kickstarter. All theyre asking for is just 9,110 CAD, and have already secured nearly 3 thousand. If you want to get the game on release (November 2016), you should pledge at least 9 CAD (about 7 USD)  but hurry up, as this tier is limited. 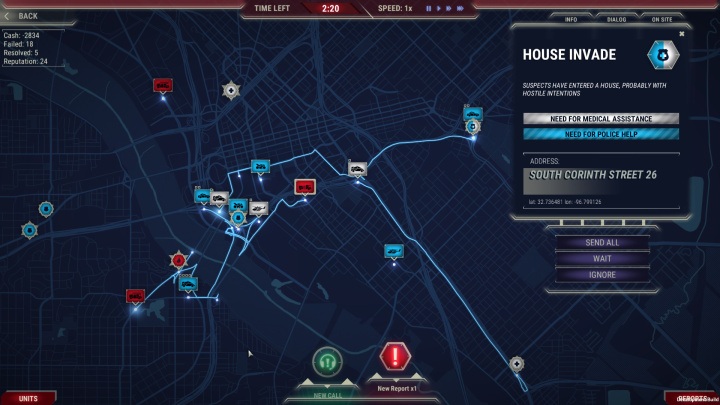 911 Operator will let you play as, surprise, surprise, a 911 operator. Your job will be to answer calls, choose proper dialog options, send out emergency vehicles, etc. At the end of the day you will view the reports and manage the office: recruit new teams, buy vehicles and equipment, and so on. Your reputation will be built based on your successes and failures. 911 Operator is to offer the Free Game Mode, in which you can play at any real city, and the Campaign Mode, which will put you up against increasingly difficult emergencies in the worlds biggest metropolises.

Crusader Kings II: The Reapers Due is coming. And its absolutely sick

Crusader Kings II: The Reapers Due is coming. And its absolutely sick

Vikings: Wolves of Midgard is a Nordic clone of Diablo coming out early next year