Crossroads Inn combines elements of simulation, economic strategy and RPG. The game was developed by the Polish developer Kraken Unleashed Games, which is an internal team of Klabater.

Crossroads Inn takes us to the fantasy land of Delcrys. The main character of the game is Martyn Bradver, the owner of a decaying inn located at the crossroads of the biggest trade routes. The protagonist is a former soldier who has managed to gain enough trust of King Owen to make him the guardian of his last surviving child (the rest died in unexplained circumstances). The ruler himself fell victim to a conspiracy of nobles, who poisoned him in order to remove his dynasty from power.

The story told in the game has a non-linear course; the fate of the entire Delcrys is influenced not only by our business decisions but also by our relations with guests and which factions we will cooperate with.

In Crossroads Inn we observe the action in isometric view. In the course of the game, we take care of our inn; although at first we only try to keep our tavern afloat, over time we begin to transform it into a place famous in whole Delcrys. To do this, we have to manage deliveries, prepare recipes for dishes from our menu, and also employ staff representing seven specializations (including bards and courtesans; their skills grow as they progress). In addition, we are responsible for expanding and furnishing the inn and keeping it in a style that encourages visits by representatives of various social groups - from local warlords and drunks, thieves, paid murderers and vagabonds, to adventurers and aristocrats.

The main pillar of Crossroads Inn is the story mode. In addition, the devs prepared special time-limited scenarios and a sandbox mode, in which we devote ourselves exclusively to managing the inn and working on new recipes. In addition, the game features an editor integrated with Steam Workshop, which enables us to easily create modifications.

Three-dimensional visuals of Crossroads Inn adopt the cel-shading technique. Marcin Przybylowicz, known for his soundtrack to The Witcher 3: Wild Hunt, took care of the soundtrack. 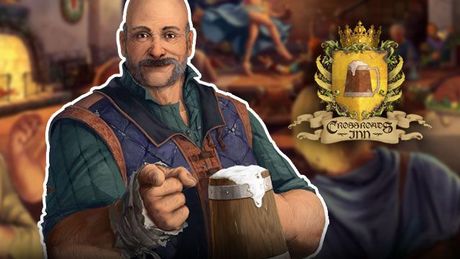 Crossroads Inn is a production from Warsaw-based Kraken Unleashed Studio, which brings an original gameplay formula  it puts the player in the role of the manager of an inn located by the key trade route in the fantasy world of Delcrys. 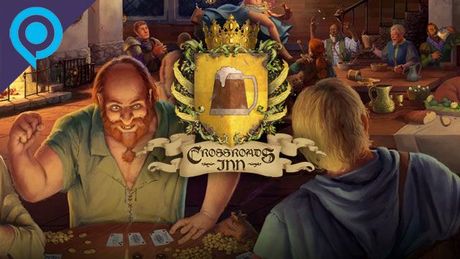 Crossroads Inn  Medieval Sims Get Hammered in an Inn