Diluvion for PC is an arcade submarine simulator with squad management elements. The game was developed by Arachid Games, a small team known from their previous title, Ballpoint Universe.

The action of the game takes place in a science-fiction universe, in a world where an enormous flood has forced humanity to colonize the marine depths. The game begins hundreds of years after the event  the surface is now completely cut off by a thick layer of ice. The ocean is now our home, and it seems that it will stay that way. The player assumes the role of a newly minted captain, who has received his first ship along with a rookie crew.

When it comes to mechanics, Diluvion is a mix between a streamlined simulator and a management strategy. The campaign is non-linear and freedom-oriented  we have the freedom to choose our destination or a task that we want to embark upon. The main plotline, consisting of numerous missions is also present, but we can just as well as skip it and engage in other adventures.

We are left with a vast underwater world, highly interactive and open for exploration. Many of its regions are without any sunlight  in such cases, our ship has a sonar that can be used to navigate a dangerous area. However, the captain should proceed with caution, as the sonar reveals our location to monsters and other ships. Combat is rather arcade  our unit has numerous weapons with different types of ammo or torpedoes.

If the situation is stable, we can switch to the management module. Once activated, we see a cross-section of the ship, with all our crew manning their allocated stations in real time. Each member of the crew develops and improves their abilities, enabling us to get more out of the unit. For example, an experienced coxswain can do better in terms of maneuverability, while a talented canoneer has better accuracy. Moreover, the captain of the vessel can entrust the crew with some of the tasks, alleviating the players workload. 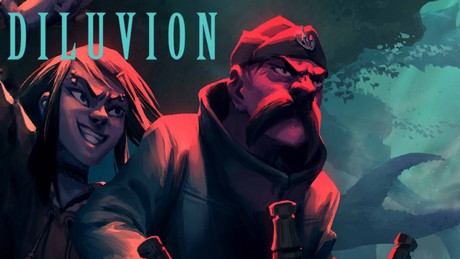 Alright, landlubbers! Pack yer belongings and in you go to the steel can ye call a submarine! Were headed to battle sided with Diluvion. What are you saying? The ships leaking? Nevermind, well manage, lads

Does deep sea exploration and submarine combat sound appealing? Then the newly revealed Diluvion is definitely something for you.