Forza Motorsport 7 is another installment of the best-selling racing series, developed by Turn 10 Studios in cooperation with Microsoft. Unlike its predecessor, which was first released on consoles, and later on PC / Windows as special edition, the seventh full-fledged installment has been released simultaneously on Xbox One and PC / Windows 10.

Forza Motorsport 7 allows players to participate in races taking place on over 30 tracks, among which one can find the legendary Nürburgring. Players can choose their car from over 700 licensed vehicles representing diversified classes, like the exotic supercars or the true legends of motorization. Each car can be modified in terms of its appearance and performance: nothing is preventing the players from changing the engine and suspension parameters in order to better prepare the vehicle to the conditions on the track. The special ForzaVista mode delivers the possibility to contemplate every car to the smallest detail  not only can one admire the cars body with a 360-degree camera, but also open its hood, check out the trunk or get in and get the engine running. What is interesting, for the first time in the series history, players also can customize the drivers apparel.

The driving physics engine implemented herein skillfully balances between a simulation an arcade racing  players can clearly experience the difference between various types of surfaces, not to mention the distinct feel of handling system varying across the available cars and their drives. The same way as in Forza Motorsport 6, the traction is affected by wet surface and differs with each part of the day. What is worth mentioning, less experienced drivers can make use of numerous help systems featuring brake assist systems, acceleration slip regulation and dynamic stability control.

The PC and XONE release of Forza Motorsport 7 revolves around the career mode, taking players on a journey through consecutive stages of motorization evolution. Apart from the single player mode, one can choose to compete against other players in a rivalry-based multiplayer mode. All this is well complimented with Forza Racing Championship e-sport league  where players move up the career ranks by racing opponents from all over the world  and the Mixer gameplay streaming service.

The visuals featured by Forza Motorsport 7 present a high-quality execution with particular cars and tracks being polished down to the smallest detail.

Interestingly enough, the console version of the game uses the full potential of Xbox One X  the high-end version of Microsofts gaming console featuring 4K resolutions and stable 60 frames per seconds. 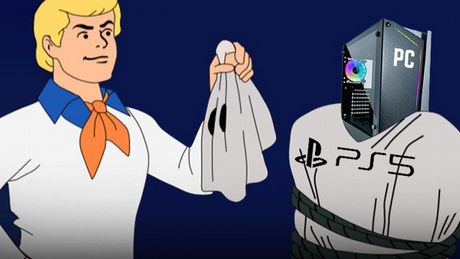 Turn 10 Studios has announced that Forza Motorsport 7 will receive its last update in August. The patch will introduce new mechanics to the game, thanks to which drivers can be disqualified. The game has been supported for almost two years.

Microsoft has announced that using the Confederated States of America flag in the Forza Horizon and Forza Motorsport series games will result in an immediate ban.