Vampyr is a dark, open world action RPG, whose story is set in England in early twentieth century. Title was created by the French development studio DONTNOD Entertainment, known for games such as Remember Me and the episodic adventure production Life is Strange. The PC version of the game was published by the Focus Home Interactive company.

The story takes us back into the times when the infamous 1918 flu pandemic, dubbed the Spanish flu, raged across the Europe and the streets of London were filled with violence and fear. We play the part of a man named Jonathan E. Reid  a respected military surgeon who returns from the front lines of World War I with a personal mission to help people struck by the disease and find a way to stop the deadly pandemic. During the trip home, however, our protagonist gets unexpectedly bitten by a vampire. Since then, he has to cope not only with the pandemic, but also with his new nature and growing blood-lust, leading him to making many difficult moral choices that can significantly influence the course of the story.

In terms of game mechanics we are dealing with a fairly typical action RPG. During the game, we wander through the dark streets of London, completing many main and side quests and speaking with encountered NPCs. Often, however, we will face mortal adversaries, which may prove to be different species of vampires or other mutants as well as their hunters, who can use more diverse weapons and even traps. Combat takes place in real time, and we can use both physical force and firearms, as well as typical  vampire skills, which we develop in the course of the storyline.

Of course, as befits a game dealing with bloodsuckers, there is also an important element of necessity to restore our diminished strength by drinking the blood of our victims. Anyone can become our prey  whether it happens during a fight or during0 exploration. Throughout the game, we often have to make difficult decisions concerning which NPC will become our next victim, because a character once eliminated disappears from the game world entirely, and his absence can prevent us from completing certain quests. Moreover, in order not to arouse suspicions about our second nature, we must be extremely cautious, which means it is not enough to simply bite the first encountered person. Very often it involves time-consuming research on our potential victim, her habits and relationships with other characters, and then choosing the right time and place to carry out the attack.

When it comes to technology, Vampyr employs the potential of the Unreal Engine 4, guaranteeing high quality visuals. Developers from the DONTNOD studio managed to combine typical action RPG mechanics with the distinctive character of the dark times of a pandemic and the unique atmosphere of classic vampire films.

Guide to Vampyr contains everything you need to know in order to successively suck blood. Here you'll learn how to unlock all NPC's hints. You will also find the description of all missions and side-tasks, as well as collectibles, weapons, and skills. 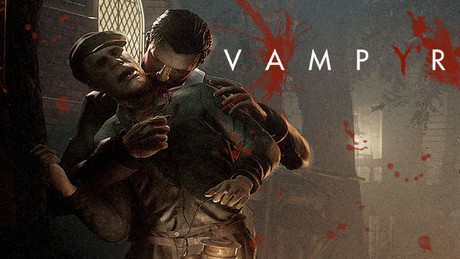 Vampyr First look  RPG, vampires and lots of choices is exactly what we need!

E3 is not only about AAA titles, the display halls are also filled with games like Vampyr from the creators of Life is Strange. This game has a chance of becoming the most original RPG in recent years. 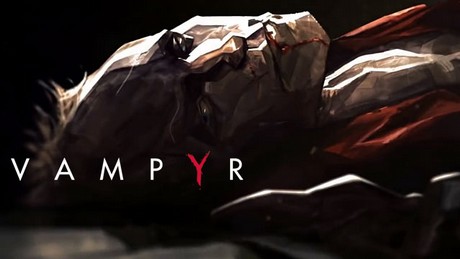 DONTNOD and Focus Home Interactive prepare an action-RPG game entitled Vampyr. Will the new title made by the creators of Life is Strange quench our bloodthirst?

Life is Strange developer, Dontnod Entertainment, is busy at work on Vampyr, a dark-themed action RPG, whose protagonist is a vampire. A couple of screenshots from the game appeared online.

DONTNOD has released a set of screenshots from Vampyr. Although not numerous and too revealing, they present the games protagonist named Jonathan E. Reid.