inFamous: Second Son is a third-person action game developed by the Sucker Punch studio, associated with the PlayStation brand. As in the previous parts of the series, the player takes control of a young man possessing supernatural abilities and explores the open environment (sandbox). The game is also characterized decision-making which makes the main character either a hero or a hated villain, and having to engage in more and more demanding battles with many hostile characters, including those endowed with supernatural powers as well.

The main character of the game is Delsin Rowe, a young resident of Seattle who dabbles in street art. The action of Second Son begins shortly after Delsin acquires supernatural powers in a completely accidental manner, and as a result becomes the next target of the members of of a government special unit responsible for fighting people endowed with superpowers (Department of Unified Defense). Delsin is fortunately not alone in fighting the soldiers of that organization, because he can count on support from his brother, Reggie, and other wanted people possessing supernatural abilities he encounters.

Delsin, unlike Cole, the protagonist of the preceding game, does not necessarily have to climb tall buildings, because he has the ability to convert into smoke, and can therefore enter many places through ventilation shafts. Later in the game, the protagonist acquires completely different powers, allowing him, inter alia, to derive energy from the neon lights in the town, to move at high speeds, or to make huge jumps. The game allows to develop the abilities of the main character, so that he learns completely new movements or improves those that already has (such as reduced energy needs or greater firepower).

The opponents in the game are mostly individuals that are part of the local authority which is permanently engaged in surveillance of the citizens. An interesting fact is that some of the soldiers subordinate to the Department of Unified Defense possess different types of supernatural powers, such as being able to block Delsins attack or to jump over the roofs of the buildings. In the game, there are also interesting bosses and fight scenes with opponents using different transportation such as armored vehicles or helicopters. It is also necessary to eliminate the surveillance and security systems installed in the city.

In inFamous: Second Son the karma mechanism from the first game that continuously evaluates all actions of the player was preserved. Helping the people of Seattle or rescuing friendly people possessing supernatural powers lets you earn good karma, and murder of innocent civilians or executions on local authorities leads to the accumulation of bad karma. Depending on the chosen path of karma, Delsin gains different powers and, in addition, some main missions take completely different course. In addition, attitude of the inhabitants of the city towards Delsin change. They can either cheer him or pelt him with insults.

The game takes place in the city of Seattle and partly the adjacent wooded area. This metropolis is divided into several districts over which we can gradually take control and expel the army of the Department of Unified Defense. In the game, we spend a lot of time running around the streets and jumping over the roofs of skyscrapers, but there are also areas such as harbors and locations of recreation (parks, markets, etc.).

In the inFamous: Second Son guide you will find all the most important information about the game, which will make it easier for you and allow you to find all the secrets. The guide consists of two parts. 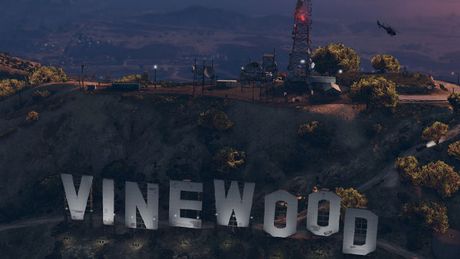