Control for PlayStation 4 is a science-fiction third-person action game developed by Remedy, known for creating such games as Alan Wake, Quantum Break and the first two installments in the Max Payne series.

Players assume the role of a woman named Jesse Faden who is trying an attempt to cope with her past goes to the Federal Bureau of Control located in New York. As she is visiting its HQ the concrete skyscraper known as the Oldest House becomes the target of an invasion of forces out of this world.

The director of the agency dies during the attack, and Jesse takes over as a result of strange rituals ruling the bureau. This is how she became responsible for neutralizing the aggressors.

Control for PlayStation 4 is a shooter, in which players observe the action from the third-person perspective. Nonetheless, the game is much different from typical TPP games  Jesse is equipped with a futuristic pistol that does not only shoot bullets but features certain telekinetic features allowing the main protagonist to e.g. shoot objects and opponents. Moreover, the weapon can change its shape giving the players access to different functionalities.

The gameplay revolves around dynamic combat, during which players can use a number of special abilities that can be modified with pieces of gear and interactive surroundings.

The game gains additional colors thanks to the unusual locations inspired by the architectonic style called brutalism. Buildings shapes regularly change before the players eyes providing a surrealistic experience. This also affects the gameplay, as the maps are not preset, and the inserts of the Oldest House is much bigger than it might seem on the outside. In Control, the gameplay mechanics might resemble those features in metroidvania games, as players get much freedom to explore and they often have to backtrack to previously visited location and use new abilities to reach previously inaccessible places.

Game Guide is a powerful compendium of knowledge that will help you discover all the secrets, solve puzzles, defeat difficult bosses and complete the game in 100%. 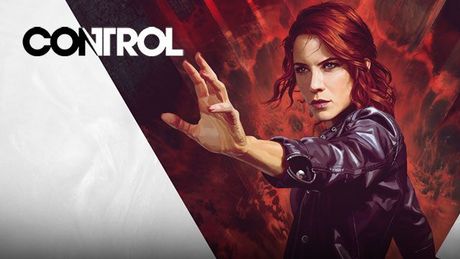 If You Think Control is not Worth it  Think Again

The latest game by the creators of Max Payne and Alan Wake hasn't been hugely exciting before the release, which is a pity  because it's definitely more than just a solid shooter.

Remedy Entertainment revealed an estimated release date of Control. The new game from the developers of the Max Payne series, which will focus on the supernatural, will launch this summer on PC as well as PlayStation 4 and Xbox One consoles.

It seems like Microsoft Store has accidentally revealed the release date of Control. The info was soon confirmed by Remedy Entertainment in an interview for Game Informer. The game will launch on August 27 on PC, Xbox One and PlayStation 4.

The Remedy Entertainment team brought Control to E3, which will be released in just over two months. Eighteen-minute gameplay from this game presents a dynamic fight, conversations and exploration of surreal locations.

The announcement of the latest GPU from Nvidia is coming. According to the leaks, on this occasion, the company is preparing a free package of games for those who buy the latest card from the Super series.

In an interview for GamingBolt devs from Remedy Entertainment shared information about the time required to complete Control. The new title from the creators of Alan Wake and Max Payne will offer 15-20 hours of gameplay.

We learned the PC hardware requirements of Control, Remedy Entertainment's latest work, as well as information related to the game's support of the ray tracing technology. The game will go on sale at the end of August, this year. It will only be available on PCs through Epic Games Store.