Killzone 3 is a third installment in the FPS series, in which one has to fight against Helghan aggressors. The game has been developed by a Dutch studio  Guerilla Games.

In the game, players get to return to the Helghan planet to yet again fight its mechanized inhabitants. The campaign picks up the story from Killzone 2 and follows the adventures of two soldiers working for the Earths ISA organization  Sev and Rico  who, as usual, play a big part in this war. This time around, the developers decided to present the plot not only from the military perspective but also implement certain story elements from the backstage of the Helghan Administration. The putsch put together by one of the Helghan notables, who has the access to incredible military technology, can result in some serious consequences for both sides of this conflict.

Killzone 3 delivers some incredibly diverse missions and picturesque action sequences. The missions are not limited to fighting consecutive enemy waves  one also gets to drive/pilot various vehicles, assume the stealth approach and take down enemies by surprise, as well as travel to an orbital station and shoot at enemies from a space fighter. The plot can sometimes surprise players with some precipitative solutions, however, it is much more expressive than what previous installments delivered, and offers the players some very interesting tasks. Additionally, the cutscenes showing disputes between Helghan leaders are bound to impress players.

In line with its versatility, Killzone 3 delivers polished elements, as well as enhanced munitions and cover systems. Most of the guns were beefed up  some new pieces were added to the arsenal, including a powerful Arc Cannon and a flamethrower. Developers have also worked on the controls lag known from Killzone 2, but they did not abandon it entirely since it is a kind of series trademark  players are too well used to the sluggish weapons handling. The story campaign is, by far, much easier than the torment players had to endure when playing Killzone 2  all because of the new abilities of our characters, as now they can revive us when we fall in battle.

Without a doubt, Killzone 3 was one of the prettiest games available on PlayStation 3. Developers from Guerilla Games were able to compose impressive landscapes, create detailed models, and implement great lighting effects. One should not forget about the fact that the game utilizes the PlayStation Move controller and the functionality offered by 3D TV sets. Luckily, creators worked hard not only on the technological aspect of the game but also on a solid multiplayer mode. Apart from the well-known War Zone mode, players get at their disposal Deathmatches and Operations  fictionalized multiplayer missions. An interesting, yet underdeveloped, addition to the game is the local cooperative mode, in which two players can join their forces to finish the story mode on a split screen.

The Helghasts have already received great damage in the second instalment in the Guerilla Games studio franchise, but they still haven’t said the last word. In fact the previous loss has increased their rage. 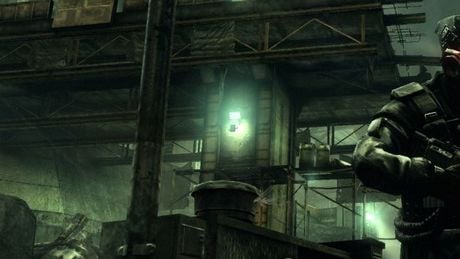 Fifteen years ago, Sony made one, small lie. When it was revealed, it marked the beginning of a wave of mistakes and failures that led to the company losing its console primacy.