Layers of Fear is a first person horror game created by Polish developer Bloober Team (known for games like A-Men 2 and BRAWL) with the view of Windows PC. The game creates a dark, psychedelic experience combining themes of madness and classical paining. The creators mixed up elements characteristic to classic horror movies, as well as solutions used in Amnesia series and games like Antichamber, Dear Esther, or Gone Home.

In the game you take on the role of a 19th-century painter striving to finish his masterpiece. In order to reach that goal you have to explore his manor in search of needed items. However, the protagonist struggles with mental problems, turning exploration into chaotic travel through the artists troubled mind, during which you learn of his past and the history of his family. The story is non-linear, and you unfold it by witnessing strange occurrences, reading notes scattered across the house, or listening to the heros memoirs.

You explore the games world and interact with various objects in first person perspective. This pattern resembles what was used in Amnesia: The Dark Descent, where seemingly simple tasks (e.g. open the door with a key) turn out to be long and terrifying journeys. Bloober Team further enriched gameplay with logic puzzles and short action sequences.

In the game you can use various objects (grand piano, chains, levers, buttons), open cabinets, drawers, or doors, and read notes left here and there. You cannot use a weapon or any other self-defense tools, and the game features no HUD bars (like a sanity bar), although confronting visions haunting the hero may lead to his death. Occasionally, sudden bogeys come out from nowhere, raising the tension. Gamplay tempo is also increased by dynamic environment, whose appearance, state, and set-up constantly change in ways that contradict logic, often making it necessary to change your direction.

Layers of Fear is built on Unity 3D engine, whose potential was used to create richly detailed locations. In order o make the game even darker, the developers created a network of claustrophobic rooms and narrow hallways, and properly used scarce lighting and specific color saturation. The protagonists house  a vast Victorian-style manor  is filled with disturbing paintings, most of which were created specially for the game. The game engine proves its worth especially when rooms are shifting their shape or laws of physics are diverted. Such occurrences are often accompanied by impressive particular effects and evocative visual filters.

The proper atmosphere is further enhanced by soundtrack made up of many classical pieces, as well as characteristic piano tunes and 19-century popular music. 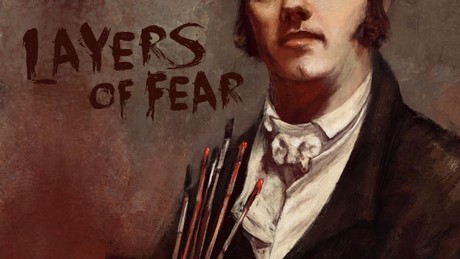 Layers of Fear impressions  could it be the best horror in years?

Layers of Fear may turn out to be one of the better, if not the best, horror games (and most likely the best-thought-out one) in the recent years.

Polish indie developer Bloober Team announced Layers of Fear, a psychedelic horror adventure game about an insane painter. The game is promised to stand out with its constantly shifting environment and thick atmosphere.

Fans of horror genre should mark February 16 in their calendar, since this is the release date of Layers of Fear, a psychedelic story of an insane painter by Polish developer Bloober Team.

Layers of Fear: Inheritance DLC announced, coming out next month

The story-based DLC Layers of Fear: Inheritance will let you play as the daughter of the original game's protagonist. The add-on is coming out next month.

Layers of Fear Will Get a Movie Adaptation

Bloober Team informed about signing a contract with Project Nerd Boss. It includes the production of a film adaptation of the horror game Layers of Fear.