The Incredible Hulk is an action game featuring the Hulk, a comic book character created by Stan Lee. SEGA's work refers to the 2008 cinema movie of the same title.

An action adventure sequel to the 2012 The Amazing Spider-Man. Developed by Beenox Inc, a Canadian studio also responsible for such games featuring the Marvel’s superhero as Spider-Man 3: The Game, Spider-Man: Edge of Time and Spider-Man: Shattered Dimensions. The story in the game loosely translates the adventures from the movie directed by Marc Webb into a video game setting. 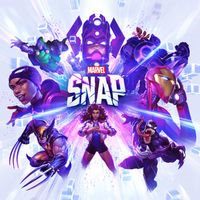 A card game about the most famous superheroes and villains from the Marvel universe. Marvel Snap offers dynamic but strategically challenging gameplay and focuses on online clashes between players.