Obduction for PC and PS4 is a 3D first-person perspective adventure game. It was developed by Cyan, known mostly for Myst, Riven: The Sequel to Myst, and Myst V: End of Ages. The project was created as a spiritual successor to the those titles.

We assume the role of a vaguely defined protagonist who, one night, stumbles upon a bizarre organic artifact that fell from the sky. The item kidnaps and flips him into an unknown world. This is when the adventure begins. We have to find out where are we exactly, and try to find a way back home. The developers prepared an extensive plot, although most of the story is learned not through the cutscenes, but by means of exploration, environment analysis, and reading journals.

Obduction is powered by Unreal Engine 4, which allowed the developers to generate richly detailed and largely interactive locations. Just like in the Myst series, the game world was carefully created, and the key element of the gameplay is the gradual uncovering of its rules and then using this knowledge to overcome numerous obstacles. The game regularly tests the players cunning rather than his agility, so we focus primarily on exploration of the environment, and solving puzzles. The brain rackers come in different difficulty levels: from simple to those really challenging. At the same time, they are all very logical. The player always knows what his goal is - the only problem is coming up with a solution.

Thanks to the use of Unreal Engine 4.0, Obduction for PC and PS4 offers very detailed environment and alien races graphics. Human characters performed by real actors also make an appearance in the game.

The Obduction guide offers a detailed walkthrough for the game in which all steps and solutions to riddles were described. It also tells about the basic gameplay mechanics and about earning achievements. 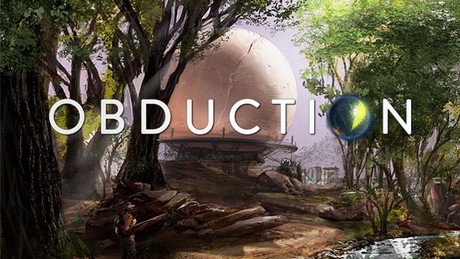 A first-person adventure game thats neither survival nor horror? Obduction draws from the classics of the genre as a spiritual successor to the Myst series.