Overwatch for PC, PS4 and XONE is a first person shooter, designed for online multiplayer matches; it was developed by Blizzard Entertainment, the creators of the renowned Diablo, Warcraft and StarCraft universes.

The action of Overwatch is set in a futuristic reality, full of chaos and conflict. The watch, mentioned in the title, is an organization responsible for keeping the peace, it consists of the best and most elite soldiers, scientists and brawlers. The watch was extremely successful for years, but with time its strength and influence began to fade. The organization became divided and when the player enters the game it is completely scattered. Humanity still requires heroes and it is up to the players to fulfill the duties of the watch. The production is heavily focused around the multiplayer mode but, at the same time, it offers a rich backstory of both the universe and its inhabitants.

The player will spend most of his time in Overwatch for PC, PS4 and XONE on participating in online, multiplayer battles. The skirmishes are very fast-paced and dynamic, mostly due to extremely quick and agile heroes. The key to success in the game is close cooperation with your teammates, which is reflected in the available game modes, e.g. Payload requires one team to escort an explosive to a specific point on the map, while the other team tries to prevent it from reaching its destination; in Point Control one of the squads attacks a set of control points, while the other tries to hold them until the time runs out for the attacker team. In both of these game modes lone wolves and isolated players are an easy target for the enemy team.

Upon starting a battle, the player chooses one of the available heroes. Blizzard made sure to grant the players a large and varied pool of characters, e.g. Reinhardt, a mighty fighter, capable of scattering the enemy team with his charge, or the bow wielding Hanzo, who makes up for his low stamina by being a very agile and skilled climber. Every hero has his own set of abilities and requires a unique playstyle, which prevents repetitiveness and allows for a different tactical approach.

Overwatch game guide contains useful information concerning the latest game by Blizzard. All the available game modes and playable characters will be described. Separate chapters will be devoted to useful tips and most commonly used sets of characters. 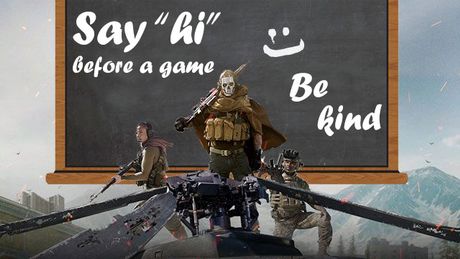 Overwatch is coming to PC and consoles in Spring 2016, most likely as a full price game

Overwatch is most probably going to be a full price title, not a free-to-play game as many expected. What is more, the Blizzards online shooter will appear on PlayStation 4 and Xbox One simultaneously with the PC release in Spring 2016.

Closed beta of the upcoming online shooter from Smite creators is playable starting today. Full version of Paladins is planned to launch on PC, PlayStation 4, and Xbox One sometime in 2016.

Death Stranding, Mass Effect: Andromeda, Prey, The Legend of Zelda: Breath of the Wild, and The Walking Dead: Season 3 are just some of the games that were showed off at The Game Awards 2016.

Orisa is a new tank character coming to Overwatch

The character roster in Overwatch is expanded with another character. Orisa is a big robot which serves the role of a tank.

Overwatch to get three new maps, likely this year

The Overwatch team is working on three new maps, which are likely to come out this year. But that's not all Blizzard has in store for the fans.

Overwatch is worth over $1 billion

Activision Blizzard revealed their most recent financial results, in which they brag about Overwatch becoming the company's another billion-dollar franchise.

It's a good time to be an Overwatch fan, or to become one. There is a special anniversary event going on, which means lots of goodies for current players, as well as a free weekend incoming for all those interested in giving the game a try.

Doomfist is another character coming to Overwatch next week

Next week, Overwatch players will get another character, the long-awaited Doomfist. This melee-focused warrior will let you feel powerful and feast on other players' frustration as you pummel them.