The vision of creating a long-lasting "game-as-a-service" seems increasingly tempting to developers in the recent years. Creators who envision releasing a product that will earn money for many years and gain recognition of players, more and more boldly present their works to the world. So far only few of them have managed to stay on the market for a long time - among the most popular productions of this type we would probably mention WoW , LoL, DoT or CS. But what about the ones that didn't work out? What was the fate of the games that were to conquer the online games market in recent years? This is what we will address in the list below.

Have you played an online game that died quickly? Let us know in the comments why you think this title hasn't worked out. 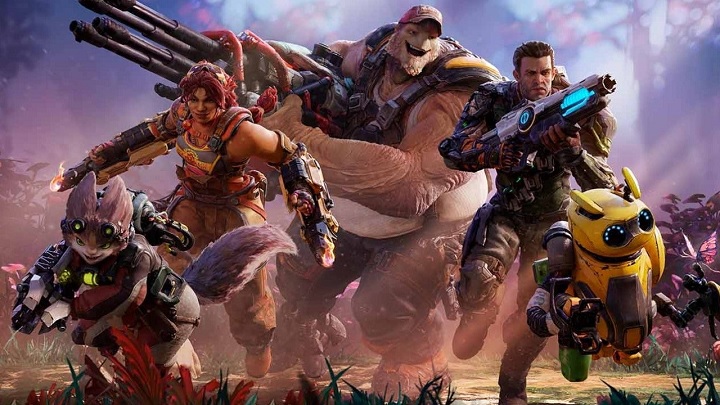 What are we talking about here?

Crucible was an online shooter developed by Relentless studio (part of Amazon Game Studios), in which players observed the action from the third-person perspective. The gameplay revolved around team fights and the players assumed the role of heroes who had different skills and fighting styles. In Crucible, there were three game modes - Heart of the Hives, Harvester Command and Alpha Hunters - each offering a slightly different form of fun. In the first one the players fought to destroy the designated targets, in the second one, they captured points on the map, while the third one was more like the classic deathmatch and battle royale.

Crucible's failure can be tracked down to two things - marketing surrounding the game (or rather the lack of it) and trying to combine several genres into one title. This shooter was created by Amazon - a huge company, which owns, among others, the largest streaming platform - Twitch. So it would seem that this fact will be used to promote the company's new production. Transmission ads, sponsored streams, or access to a closed beta through the so-called "drops" (the same as it was with Valorant for example)? None of that. The production appeared a bit suddenly (there were not even closed tests) and the creators apparently hoped that the players would be interested in it just like that. This did not happen, of course, and the number of players - although it was quite high for the premiere - was decreasing from day to day (in two weeks Crucible lost over 90% of them).

Crucible had a chance to defend itself even without excessive marketing around the game, although those who decided to play this title quickly found out that the creators did not quite know what this production was supposed to be at all. Each of the modes offered a different gameplay, but none of them was well-polished. We got something resembling MOB, classic checkpoint capturing, and a deathmatch - nothing we haven't experienced so far in other productions (moreover, other games that focus on one form of fun, simply do it better). Additionally, there were technical errors and poor character balance (and it's hard to balance characters that are used in three different modes). All this could be forgiven if Crucible appeared at least in a closed beta and not as a full-fledged premiere.

WHERE DID CRUCIBLE WIND UP?

At the beginning of July 2020 the creators announced that Crucible is going into a closed beta state. In October it was officially announced that the project is completely abandoned and its servers were shut down on November 9th.