Sherlock Holmes and the Mystery of Osborne House

Professor Layton and the Lost Future 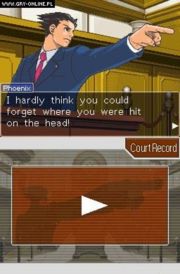 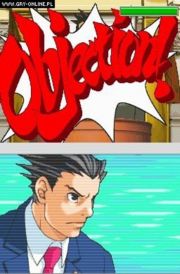 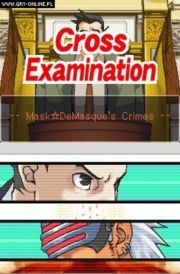 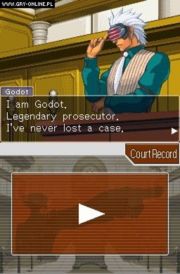 Phoenix Wright: Ace Attorney - Trials and Tribulations is the third part of a court adventure for a portable NDS console. The title was developed and released by Capcom and is an English version of Gyakuten Saiban 3, originally released in Japan in 2004 for Game Boy Advance.

It is worth noting that the authors originally did not plan to create a conversion of the third installment of the series, nor to publish it outside the Cherry Blossom Country, but thanks to the persuasion of Capcom fans he changed his decision. Thanks to this, players will be able to get acquainted with the past of this most popular lawyer in the world of computer games.

Phoenix Wright: Ace Attorney - Trials and Tribulations allows us to deal with five court cases. As a young lawyer, Phoenix Wright, we must investigate crime scenes, interrogate witnesses, and separate truth from fiction in their testimonies. The construction of the plot makes it possible not only to get to know the cases conducted by Phoenix, but also to go back in the past to the beginnings of his mentor, Mii Fay, and by directing her actions to defend a student named Phoenix Wright, accused of murder.....

The course of the game has not changed compared to what the previous installment of the series used to. Again, the game was divided into two parts: investigation and trial. During the investigation, Phoenix can, thanks to his insight and evidence, open his interlocutors' mental blockages and make them tell him about the facts they originally wanted to conceal, so that we can change our point of view on the whole case.

The game can be operated using the buttons or the style. If you want to feel the role of a famous lawyer, you can use the microphone built into the console, shouting at him: "Objection" and "Hold it!" during the interrogation of witnesses.