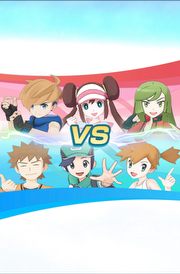 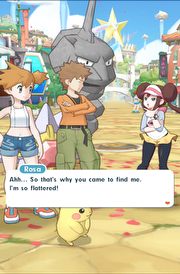 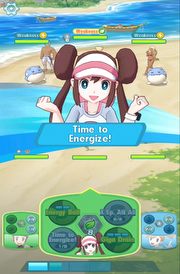 Pokemon Masters is a mobile action game set in the popular universe. The core of the game are 3-on-3 battles, during which the players take control of trainer and their Pokemon. The Pokemon Company and DeNA are responsible for the development and publication of the title.

Pokemon Masters is set on the island of Pasio, a popular destination for trainer expeditions. It is a place where they can create a specific bond with their Pokemon - a synchronized pair.

Pokemon Masters is based on relatively simple gameplay mechanics. As a young Pokemon trainer (we can choose the sex of the protagonist), together with their creature we explore the island and make friends with famous trainers from previous games set in the universe. All in order to join forces with them and fight together in the Pokemon Masters League tournament. The player controls the trainer and their three Pokemon, fighting against three other opponents. Battles are based on simple rules. The title creatures are used to attack: each of them has its own unique abilities. The trainers serve as support units; they can increase the stats of their Pokemon and heal them with potions.

Pokemon Masters offers cartoonish, two-dimensional visuals. The whole thing is maintained in a style that resembles graphics used in full-fledged installments of the series.