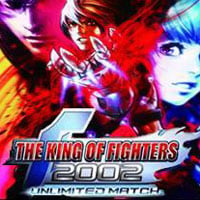 Another fighting game created by Dimps studio, based on the cult-classic manga created by Akira Toriyama. The mainstay of the game are the Dragon Missions, where we have the opportunity to take part in the events that werent used in the Dragon Ball Z games up to now  for example, Gokus adventures during his stay in the afterlife. A number of different heroes were left at our disposal  aside from the aforementioned Goku, the game roster contains Vegeta, Trunks, or Piccolo. In all, we can take control of one of forty characters, each having different attacks and special abilities. The trademark attack  Kamehameha  is also on the list. The whole game is complemented by high quality visuals, faithful to the mangas visual style.

The King of Fighters Collection: The Orochi Saga (PS2) 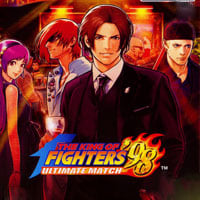 A set of four classic two-dimensional beats from the "World Heroes" series. We take control of one of more than fifty warriors, representing many different epochs.

Another installment in a series of fighting games developed by Spike. The franchise was based on classic manga series by Akira Toriyama and takes the player to the titular Dragon Ball universe dominated by masters of different various martial arts. The game offers over 150 fighters representing different races, such as the Saiyan (Goku, Vegeta), inhabitants of the planet Namek (Piccolo), humans (Tenshinhan, Krillin) or androids (#17, #18). Each of the characters has a unique set of attacks and special abilities. Moreover, many of them are capable of transforming and accessing new, more powerful attacks by doing so. Fighting takes place in 20 in-game locations and particular arenas can be visited both in daylight and when it is dark. What complements Dragon Ball Z: Budokai Tenkaichi 3, are high-quality visuals that remain faithful to the art style Toriyama has been popular for.

The King of Fighters XI (PS2)

Art of Fighting Anthology is a collection of classic fighters, which in 1992 for the first time appeared on the then popular slot machines. The composition of this production consists of three items belonging to the Art of Fighting series. It is worth mentioning that this trilogy is closely related to the Fatal Fury series, also published by SNK Playmore.

Legend of the Dragon (PS2)

A hybrid of various genres, containing elements characteristic of cRPGs and fighting games. Its a continuation of the popular video game Dragon Ball Z: Budokai Tenkaichi, developed by Bandai. The players are once again taken to a iconic universe created by Akira Toriyama, reliving the events shown in Dragon Ball Z and Dragon Ball GT series. The gameplay focuses on spectacular duels, taking place on fifteen different arenas  to emphasize the power of our heroes, we can now use or destroy many elements of the environment. We are left with over a 100 playable characters, including Goku, Gohan, Vegeta, and many more. Each of the fighters has a unique fighting style and dozens of moves, with another plane of possible attacks unlocked with the transformation system. Aside from dedicated single-player modes, the developers introduced a number of multiplayer variants. Dragon Ball Z: Budokai Tenkaichi 2 is characterized by high quality visuals, faithful to the style presented in the original manga.

The King of Fighters NeoWave (PS2)

Saint Seiya: The Hades is a fight, prepared by the combined forces of Namco and Bandai. The story told in the game is taken directly from the very popular manga with the same title, on the basis of which the animated TV series was created.

Zatch Bell: Mamodo Fury is a continuation of Zatch Bell!: Mamodo Battles. Like its predecessor, the game is based on the anime series Zatch Bell known from Cartoon Network! The game is a three-dimensional fight, filled with colors, jokes and powerful (as in anime) blows.

A fighting game developed by Crafts & Meister. Super Dragon Ball Z was based on the license of the classic manga series by Akira Toriyama. The game offers several different modes, including the story mode (inspired by the popular TV series), the Versus mode that focuses on multiplayer competition, and the Survival mode. The player takes part in spectacular battles involving the original characters (such as Goku, Vegeta or Piccolo) and player-created fighters. Alongside progression, the player develops the skills of their character, enriching their move set with new kinds of attacks and special abilities. The characters can also transform, which gives the player access to more powerful abilities and attacks, such as Kamehameha. Super Dragon Ball Z offers high-quality visuals that remain faithful to the art style Toriyama has been popular for.