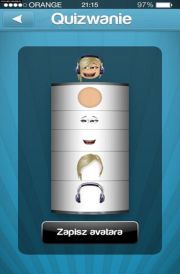 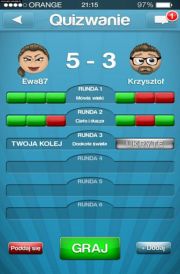 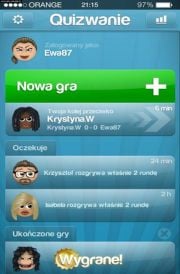 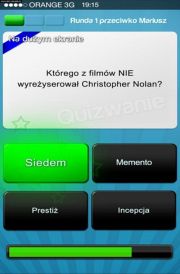 QuizClash is the first production of FEO Media studio, located in Stockholm but working with developers on five continents to create as many language versions of the game as possible. Thanks to its simplicity, pleasant controls and distribution in a fair free-to-play model, the game has gained worldwide recognition and over 50 million users.

QuizClash is based on duels between players. To start playing, invite one of your friends (e.g. through Facebook) or a random person to face them in a quiz. The fight begins with the selection of a category, after which each player must provide the correct answer to three questions (the correct answer gives us a point). Then, the subject matter is changed and new riddles appear. The whole quiz lasts six rounds, so there are eighteen questions - the winner is, of course, the person with the most points. Interestingly, the questions available in the game are created by fans of QuizClash, so their number is constantly increasing and repeat rarely.

In the paid version of QuizClash, in addition to the lack of advertising and the option to create your own avatar, we also get access to the players ranking - we can compete for the title of the best quizzer in the world. We also get access to detailed statistics of our account.

As befits a text game, the graphics in QuizClash aren't impressive - the whole game looks like a menu. However, it is uncluttered meaning that QuizClash is simple, pleasant and intuitive.