Knowledge is Power is a party game where we  alone or with other players - take part in various quizzes. It was developed by one of Sonys internal studios. The game is kind of a spiritual successor of the Buzz! series that was released on PlayStation 2 and later on PSP and PlayStation 3. The game uses the PlayLink app that connects our smartphone or tablet with our console. We take part in a tournament that checks our knowledge in all kinds of fields of science and culture.

A social quiz game by Sony Interactive Entertainment. The game utilizes the mobile app PlayLink, which means that you require a phone or a tablet with either Android or iOS. The game needs to be played by at least two people, using one TV set or via the Internet. The gameplay consists of answering questions regarding the other players, such as Who would laugh at their teacher's lame joke? From time to time you also have to fulfill random orders, take photos, and draw simple pictures. 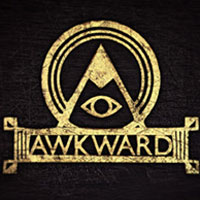 Developed by Softie and published in 1987 by ShareData, a computer adaptation of the once popular "Wheel of Fortune" tele-tournament in Poland.

A popular virtual tele-tournament. This time its subject matter revolves around the latest and slightly older American films.

Beat Up a Millionaire

A parody of the Polish edition of the popular Millionaires teletournament, where you can earn a bruise under the eye and a broken nose in addition to money.

Buzz, the Music Quiz is the first part of the next series of productions, after SingStar and EyeToy, on the borderline of games and entertainment programs. This time we take part in a tele-tournament, testing our musical knowledge, controlling and answering with the help of specially created for this purpose controllers - buzzers (i.e. buzzers).

Pocket edition of the popular Buzz series. We play the role of a participant of the tele-tournament, answering over 5000 different questions, divided into eight different categories (including science, film and nature).

The Sports Quiz is the third installment of a series of games in the convention of a teletournament. We play the role of an entertainment programme participant, who has to answer a number of questions, thus competing with other people. Special controllers - buzzers are used for control. They are designed so affordably that even those who don't want to play games can compete with experienced players without any complexes.

Another production of virtual quizzes for the whole family. The authors have prepared several different play modes, which will appeal to both adults and children.

Scene It? Movie Night: Mega Movies is another game in the Scene It? series that lets you feel like a quiz show participant. Players have to answer questions related to the cinema.

Beat Up A Millionaire 2

Beat Up A Millionaire 2 is the second edition of the hit parody of the famous teletournament, which contains completely new questions. Players answer questions from various fields of knowledge (geography, nature) and mass culture (television, computer games).

Scene it: Twilight is an interactive quiz addressed to fans of Twilight. Players have the opportunity to test their knowledge about the plot, characters, places and various facts related to the film directed by Catherine Hardwicke. Developers from Screenlife studio prepared several hundred questions, including many enriched with audio-visual materials.

Scene It? Box Office Smash is next game in the Scene It? series that lets you feel like a quiz show participant. Players have to answer questions related to the cinema.