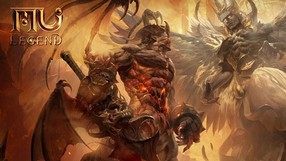 A sequel to one of the most popular Korean MMORPG games. MU2 is a title produced and published by Webzen Inc. The game is set on the mythic continent of Mu which, according to the theories of James Churchward, was inhabited by the ancient civilization of Naacal. Players assume the roles of heroes seeking fortune, adventures, and some monsters to hunt for in this legendary realm. Gameplay in MU2 focuses on dynamic combat resembling typical hack-and-slash mechanics. As an MMO, the game offers extensive social features, letting you communicate with friends, form teams, and create clans. High quality visuals in MU2 are powered by the popular Unreal Engine 3.

An MMORPG developed by Webzen Inc. The game is essentially a conversion of the popular PC title, MU Online, with mechanics adapted to the specifics of mobile gaming. The player enters a fantasy universe torn apart by a war between the forces of good and evil. We begin the game by choosing one of three character classes (Dark Knight, Dark Wizard, Elf), which are different in terms of abilities and items that can be utilized on the battlefield. The gameplay, focused around exploring, completing various quests, and battling enemies, which takes place in real time. MU Origin is viable for players who like to play alone, as well as those preferring to create parties. Heroes can also interact with each other through trade and duels as a part of competition-oriented PvP module. The title is distributed in a free-to-play model with microtransactions.