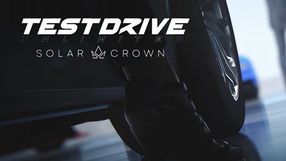 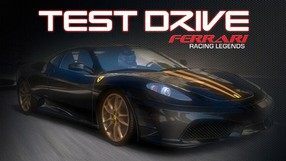 A spin-off to the popular Test Drive racing game series, focusing exclusively on the titular brand. The game was developed by Slightly Mad Studios - a team popular for two well-received installments in the Need for Speed: Shift subseries. The game offers over fifty Ferrari cars produced in the years 1947-2009. Apart from popular sports cars, the game also features both GTR and Formula One cars. During the campaign, divided into three historical periods, the player is given access to car models characteristic of each of them. The player participates in several kinds of racing, achieving goals set by the creators and unlocking subsequent vehicles. The game offers over 30 representations of real-existing racing tracks, such as Nurburgring, Silverstone or Monza. In terms of the driving physics, the game resembles Shift 2, combining simulation elements with freedom offered by arcade racing games. Additionally, the game features a multiplayer mode for up to 8 players. 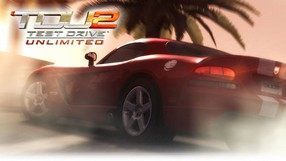 A sequel to the bestselling Test Drive Unlimited - a game that managed to reinvigorate the classic racing series launched by the Accolade company in 1987. The game is set in two locations, namely the islands of Ibiza (Spain) and Oahu (Hawaii) - the latter appeared in the first Test Drive Unlimited where it is accessible later in the game. The player can freely explore both islands, taking on subsequent racing challenges. Alongside the game's progression, the player purchases new luxurious cars, but also villas and other properties. The game introduces several changes to the mechanics. Instead of individual races, the player takes part in racing tournaments. Also, the player obtains special licenses, which unlock subsequent challenges. Although the single-player mode was supplemented with a storyline, the game focuses mainly on multiplayer competition. Thanks to the improved game engine, the player can drive in daylight or at night. Dynamic weather conditions were implemented as well.

A new incarnation of the popular racing game series launched back in 1987 by Distinctive Software and Accolade. Test Drive Unlimited was developed by Eden Games, the creators of the V-Rally franchise, under the aegis of Atari. The main change in relation to its predecessors is the vast open world set on the faithfully recreated Oahu island, which can be freely explored. The players can undertake a number of various racing challenges to earn cash that lets them buy new vehicles for their garage. In total, there are over 90 licensed cars and motorcycles to choose from. In the game, we can modify our avatar by dressing him in designer clothes and even buy a new house with a bigger garage. The title features an innovatory multiplayer mode that, similarly to MMO productions, enables thousands of players to compete at the same time.

The next installment of the cult series of races, this time focusing the player's attention on the title destruction. You can choose from an extensive career or a wide range of multiplayer modes (up to 4 people).

The next installment of the famous series of car races, which began in 1987. TD Overdrive is not a realistic simulation - it has an agility model. The races take place in four main cities and there is a choice of approx. 20 sports car models.

Dynamic and at the same time quite realistic car races, in which we sit behind the wheel of one of several dozen licensed off-road cars. The game offers a diverse range of gameplay modes.

Spin-off racing series Test Drive created for enthusiasts of two wheels. We race against opponents on one of more than thirty licensed motorcycles on eleven dangerous routes scattered around the world.

Test Drive: Le Mans is a simulation of the famous 24-hour car races. The game was produced by Eutechnyx studio and is licensed by Automobile Club de l'Ouest, the organizer of 24h Le Mans. Players have the opportunity to sit behind the wheel of more than 50 faithfully reproduced cars and take part in the competition on 8 authentic tracks. The creators took care of realistic driving physics and attractive visual setting of the races.

Sixth installment of the Test Drive series and third installment prepared by Pitbull Syndicate studio. Players have the opportunity to chase more than thirty super-fast cars in a highly arcade style.

Test Drive: Off Road 3 is the third spin-off branch of the Test Drive series. The game was produced by Infogrames development studio with fans of off-road vehicles in mind. Players can try their hand at races in difficult terrain, sitting behind the wheel of, among others, the powerful Hummer.

The fifth installment of the popular series of racing games characterized by a large dose of realism. We try to beat our rivals on the eighteen tracks available in the game, while avoiding contact with the police patrols, or we sit behind the wheel of a radio vehicle and try to stop the vehicles of the opponents.

The second edition of the Test Drive spin-off series addressed to fans of cross-country skiing. We sit behind the wheel of one of the licensed cars headed by Hummer and try to surpass our rivals on several routes covered with mud, snow or sand.

The fourth installment of the popular series of racing games aimed at realism enthusiasts. We try to control the vehicle and beat our rivals on one of the six tracks available in the game, avoiding contact with police patrols and collisions with other traffic participants.

The first installment of the series of arcade games aimed at off-road vehicle enthusiasts, released under the banner of the popular racing series. We cross difficult routes, full of mud, sand or snow, behind the wheel of Hummer, Land Rover or other licensed cars of brands known to Off-road enthusiasts.

Test Drive III: The Passion is the third installment of the legendary car simulation cycle. Unlike previous parts of the series, the game was created by Accolade's in-house development team and has a three-dimensional graphical environment. Players have the opportunity to taste the driving of three luxury cars - Chevrolet CERV III, Pinininfarina Mythos and Lamborghini Diablo.

The second installment of Test Drive, a cult series of games from the turn of the eighties and nineties of the last century, allowing you to feel a substitute for riding fast racing cars, unattainable for the average road user.

One of the oldest car races. The game allows you to choose one of the five cars and race on the mountain trails.