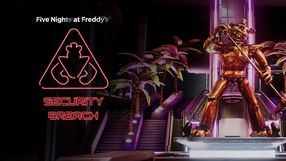 Security Breach: Fury's Rage is a 2D beat 'em up in which we play the characters known from the Five Nights at Freddy's. Game was developed by Scott Cawthon, the creator of the series. 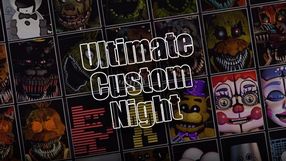 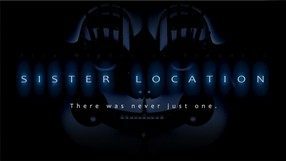 Another installment in a series of popular horror games created by Scott Cawthon. The game can be considered either a spin-off or simply the next installment in the Five Nights at Freddy's series. As it was mentioned already in the third installment, Freddy Fazbear's Pizza was not the only place occupied by murderous animatronics. In Sister Location, the players is taken to a completely new restaurant, where they are once again required to survive the five titular nights when encountering toys hungry for the protagonist's life. In terms of the mechanics, the game combines successful elements of the predecessors (observation of the building through a camera network for instance) with novelties introduced in the fourth installment, such as being able to move around or greater variety of actions the player can take. 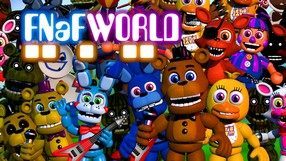 A spin-off entry in the popular horror series, Five Nights at Freddy’s, created by independent developer Scott Cawthon. Unlike full-scale games from the series, FNAF World hits much more joyful tones and belongs to a different genre altogether – it is an RPG game, inspired by productions like Final Fantasy, in which we side with the deadly toys featured in previous titles and help them in their fight against mechanical creatures. The gameplay focuses on exploration of the eponymous realm and turn-based battles. We can recruit all the toys from Five Nights at Freddy’s universe to our team, each of them having unique attacks and special abilities. There is also an option of activating their alternative forms to modify their behavior, strength, and abilities. The game is presented in colorful, fabulous visuals and features humorous animations.

The fourth and final installment of the independent horror game series by Scott Cawthon. In Five Nights at Freddy’s 4, we have to face the murderous animatronic toys yet again. Compared to its predecessors, the title's gameplay formula has been changed. While plying, we do not assume the role of a security guard anymore, but a small child that has to survive the five eponymous nights in his own home which is overrun by bloodthirsty toys. We cannot track their movements by a monitoring system and have to check out each of the five available locations (two parts of a kid's bedroom, cabinet, and left and right hall) on our own. For the first time in history of the series, we can run, peek through the door, look into the cabinet, and turn around. Our only weapon is the flashlight that lets us scare the animatronics away.

The third installment of the very popular horror developed by Scott Cawthon. The action of the game takes place in the titular restaurant which is overrun by deadly animatronics. When the memory of the tragic events that occurred in previous installments of the series becomes almost forgotten, the pizzeria that was closed for thirty years becomes renovated. The new owner intends to use the deadly past of the place as a marketing trick which will attract many customers. A new mechanic toy is a very important part of the decorations – there is only one, but it is stronger and scarier than its predecessors. The gameplay is based on similar principles as the previous installments of the series. The player assumes the role of a night watchman who must survive five nights in this dangerous place. Simple gameplay mechanics are only the tools used for telling an intriguing story which the player will reveal as he progresses in the game. The plot forces the player to repeat the game many times in order to discover all hints related to the story.

Five Nights at Freddy's 2 provides a continuation to an unusual game created by Scott Cawthon and awarded a series of prizes - it was considered the most original horror title of 2014. In this second installment, the player takes on the role of a new watchman working at Freddy Fazbear's Pizza. Despite the warnings received from his predecessor, he decided to give it a try and stay at the restaurant overnight. Although the entire building was rebuilt and the famous animatronics were gifted with completely new software along with a face recognition system, the robots are still hungry for human lives after dark. Surviving five subsequent nights at the restaurant turns out to be quite a challenge. In terms of the mechanics, the second installment is based on a slightly modified gameplay formula of the original game. Instead of being in charge of a lighting system, the protagonist is equipped with only a flashlight. The watch room has one entrance only now, but without a door. Thus the only way to avoid getting killed by the animatronics here is to put on a special mask which fools the face recognition systems of the robots.

An original horror game created by Scott Cawthon, an independent gamemaker. The player assumes the role of a watchman who takes up a seasonal job at Freddy Fazbear's Pizza. What is important about the restaurant, is that mechanical mascots are its main attraction. A seemingly easy job turns into a true nightmare during the very first night, when the protagonist discovers that the sympathetic animatronics come to life after dark and display a hostile attitude towards humans. Trapped in a cramped watch room, the protagonist has to avoid contact with murderous robots during five subsequent nights. The task is not easy, because using various devices, such as lighting and monitoring systems, as well as locking the door drains the power supply, which has to be appropriately managed throughout the entire night. Despite its simplistic mechanics, Five Nights at Freddy's provides a good dose of anxiety and is capable of frightening the player with ease.