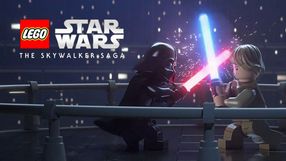 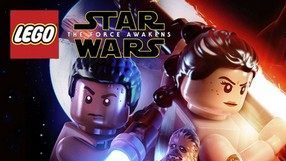 Another entry in the bestselling adventure game series, combining popular LEGO franchise with the classic universe of Star Wars. Its plot is largely based on the seventh part of the galactic saga, Star Wars: The Force Awakens, and tells the story of completely new characters, though some familiar and iconic faces from previous movies appear in the background. There are also many exclusive plotlines that fill in the story gaps between Return of the Jedi and the latest movie in the series. The game mechanics remained mostly the same and the gameplay comes down to exploring, fighting enemies, and solving many logical puzzles, most of which require a creative use of the famous bricks. Nonetheless, some new features have been added, like allowing a multiply uses of single brick for different purposes and eye-catching blaster duels, during which we can make use of cover. 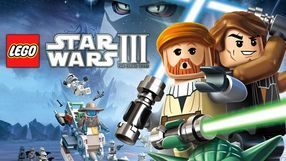 A 3D action-adventure platformer that came out as the third installment in the LEGO Star Wars game series. The story of LEGO Star Wars III: The Clone Wars is based on the popular animated TV series Star Wars: The Clone Wars. Players can take part in the galactic conflict between the Republic and the Separatists. The developers prepared 3 campaigns, each consisting of 6 missions corresponding to the consecutive episodes of the TV show. The gameplay focuses on fighting opponents, overcoming obstacles, and solving puzzles. The game also features special levels, in which you pilot a space fighter or control the massive AT-TE walker. Moreover, the developers from Traveller's Tales implemented some improvements in visuals, including brand new lighting system.

Complete edition of two bestselling games from the LEGO series, based on the first six movie episodes of Star Wars (divided into classic and new trilogy). LEGO Star Wars: The Complete Saga consists of 2005’s LEGO Star Wars and its year younger sequel, LEGO Star Wars: The Original Trilogy. They are no different from the earlier productions from TT Games studio (previously known as Traveller’s Tale), both games being colorful action adventure games with platformer features. During the game (alone or in cooperation for two players) we play as numerous characters from the legendary galactic saga and visit locations shown in the movies. Plotwise, both titles have been combined into a single, epic tale, with additional stage in episode V and completely new Challenge mode in the form of time trials, in which the players have to collect a required number of items as quickly as possible.